The coronation of Elizabeth II took place on 2nd June 1953 at Westminster Abbey, London. Elizabeth ascended to the throne at the age of 25 upon the deathe of her father King George VI, on the 6th February 1952. The coronation was held more than a year later because of the tradition of allowing an appropriate length of time to pass after a monarch dies before holding such festivals.

In Bradford, in preparation for the event, 4,000 yards of velvet was produced at Listers Mill to cover 2,000 chairs and 5,700 stools. The were made of oak and beech for the congregation. Chairs for the Peers and Peeresses were made by North & Sons and W. Hands & Sons. The stools were made by B. North & Son, Thomas Glenister Ltd., Castle Bros. (all firms of High Wycombe) and Waring & Gillow.

During the service, Elizabeth took an oath, was anointed with holy oil, invested with robes and regalia and crowned Queen.

This example of the 1953 Coronation Stool was made by Thomas Glenister Ltd. 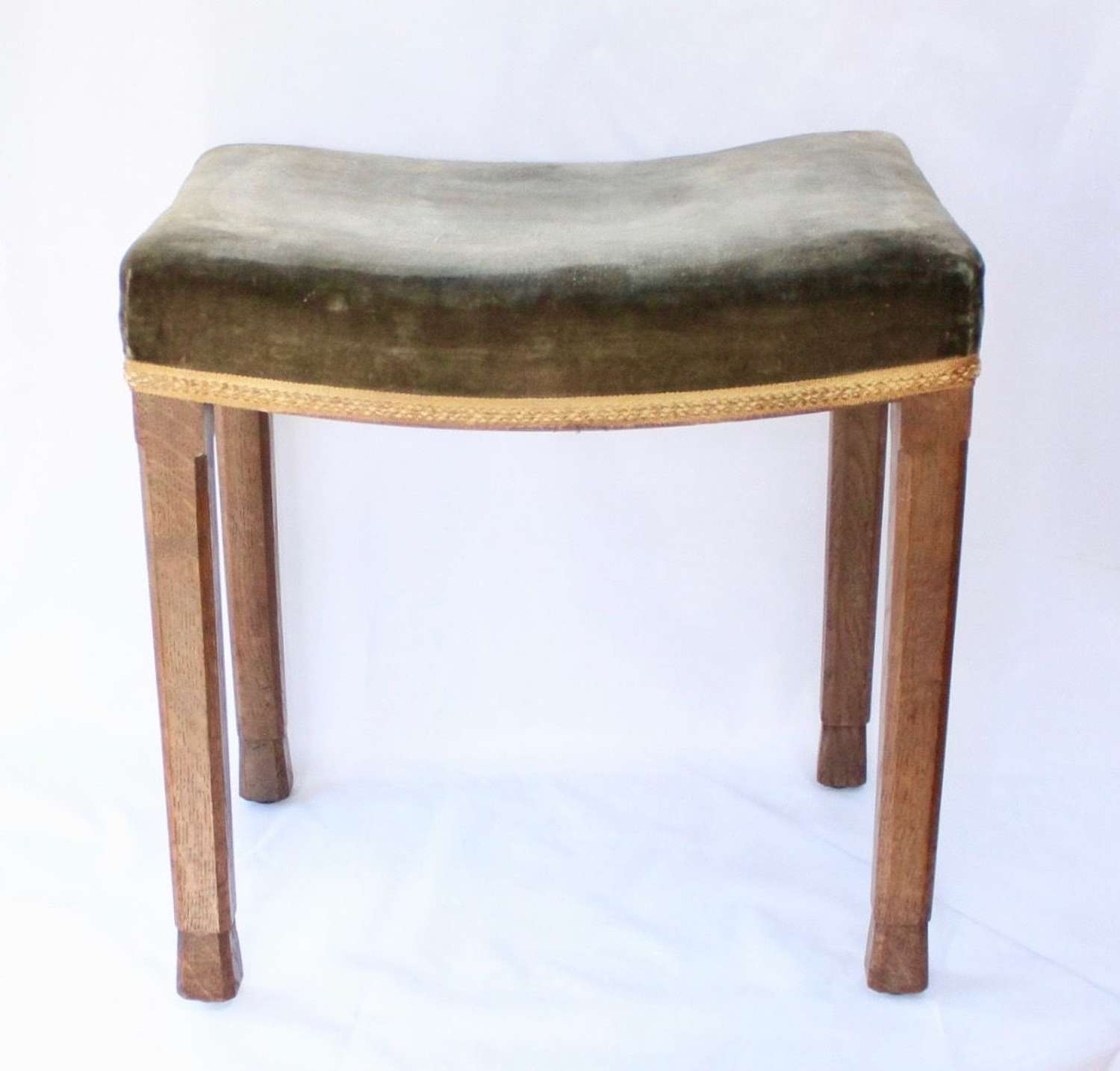 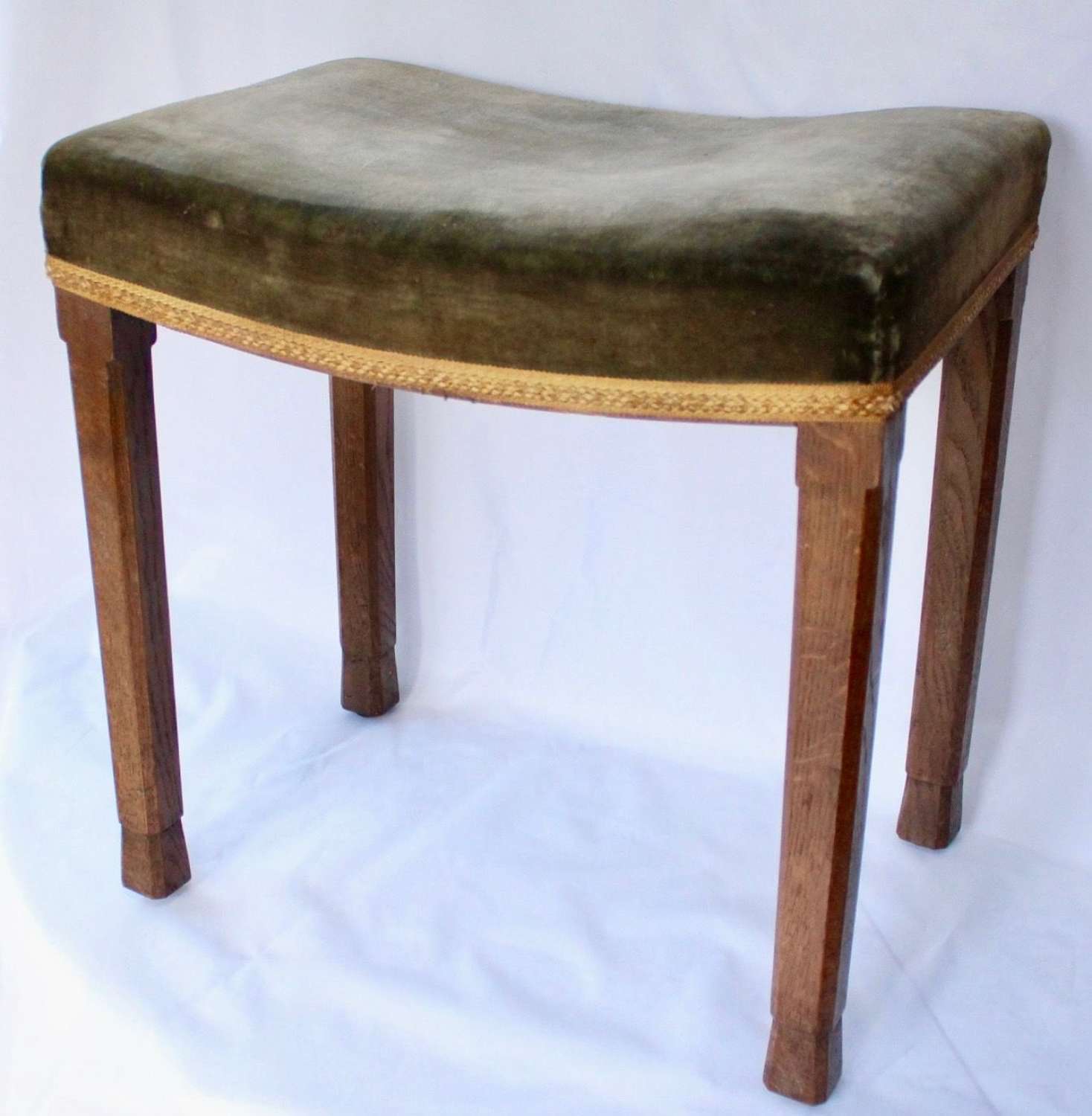 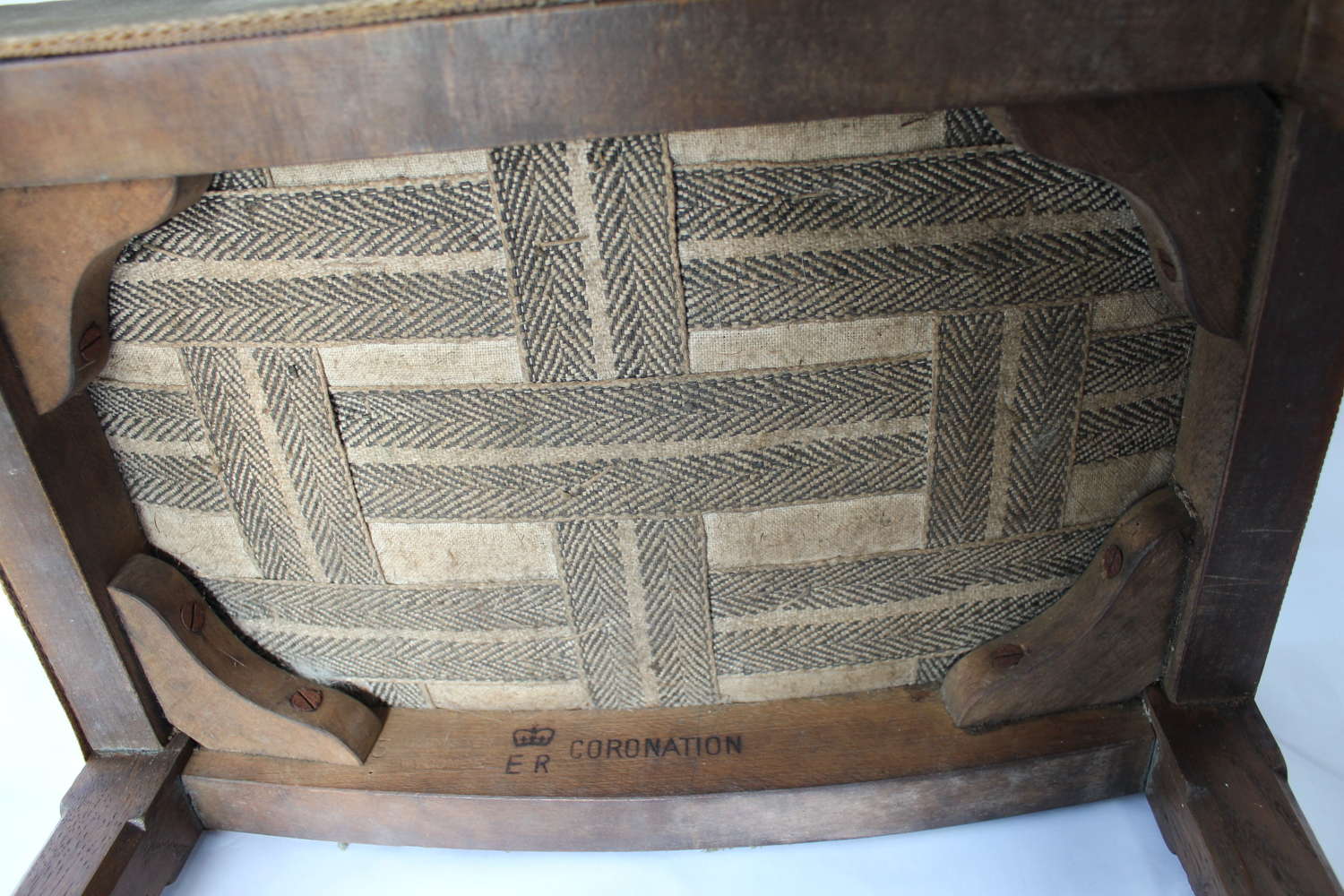 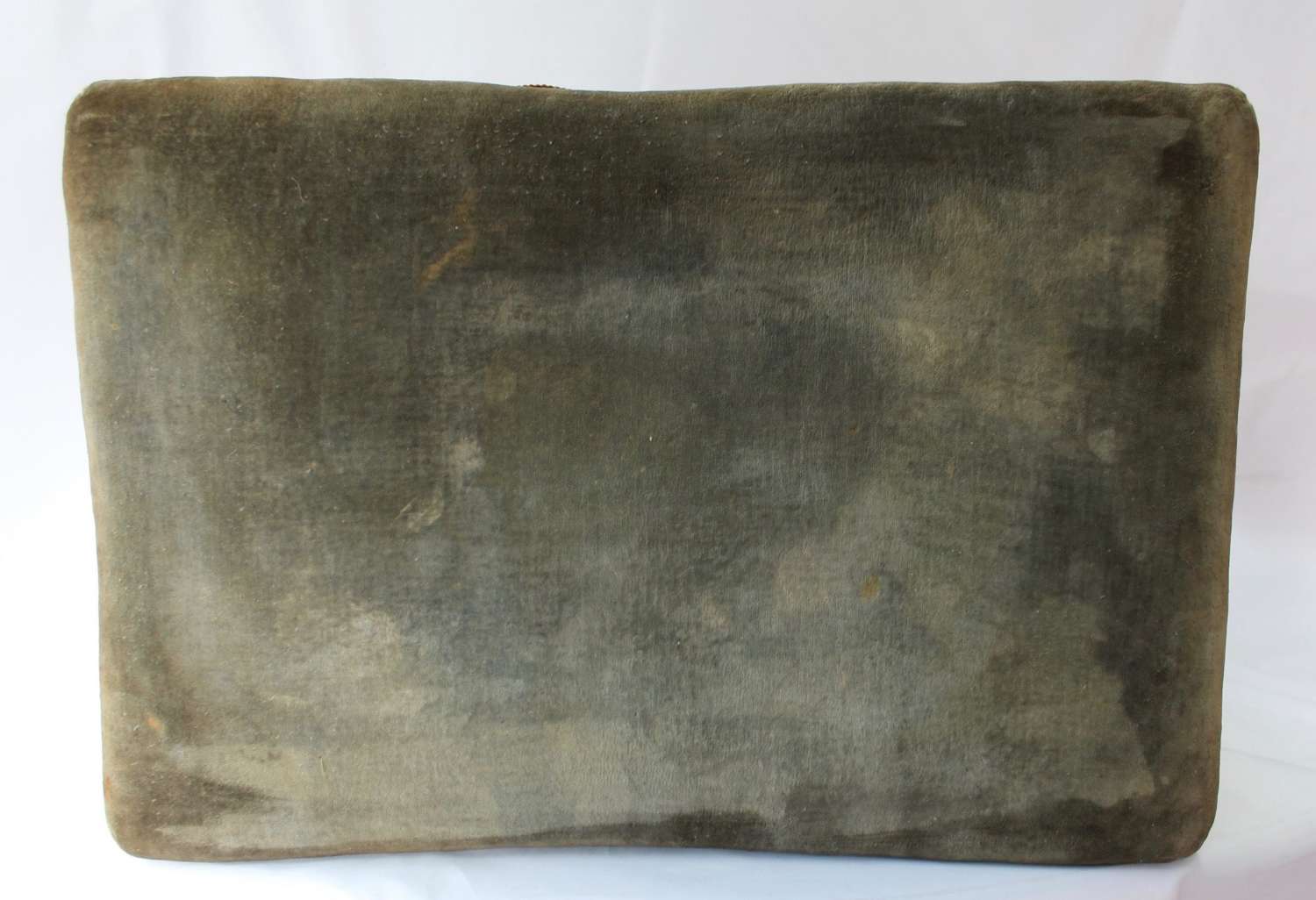