Kai-Oke - Shell-matching games had been popular among noblewomen of Japan as far back as the tenth century. Identical scenes were painted on the two halves of 90 clamshells. The shells would be spread out on the floor, face up. The goal was to be first to find and collect matching pairs—but there was a catch: to claim a shell and its lid, one had to compose a short, appropriate poem.

Because each shell has only one lid, shell-matching became associated with a woman’s fidelity to her husband. During the Edo period (1615–1868), shell game sets became a favourite item among high-ranking families for bridal trousseaus. This set is a typical example of shell game sets of the eighteenth century.

This very decorative Japanese Kai-oke box is lacking the cover and cord ties, however it does make an exceedingly handsome waste paper bin. 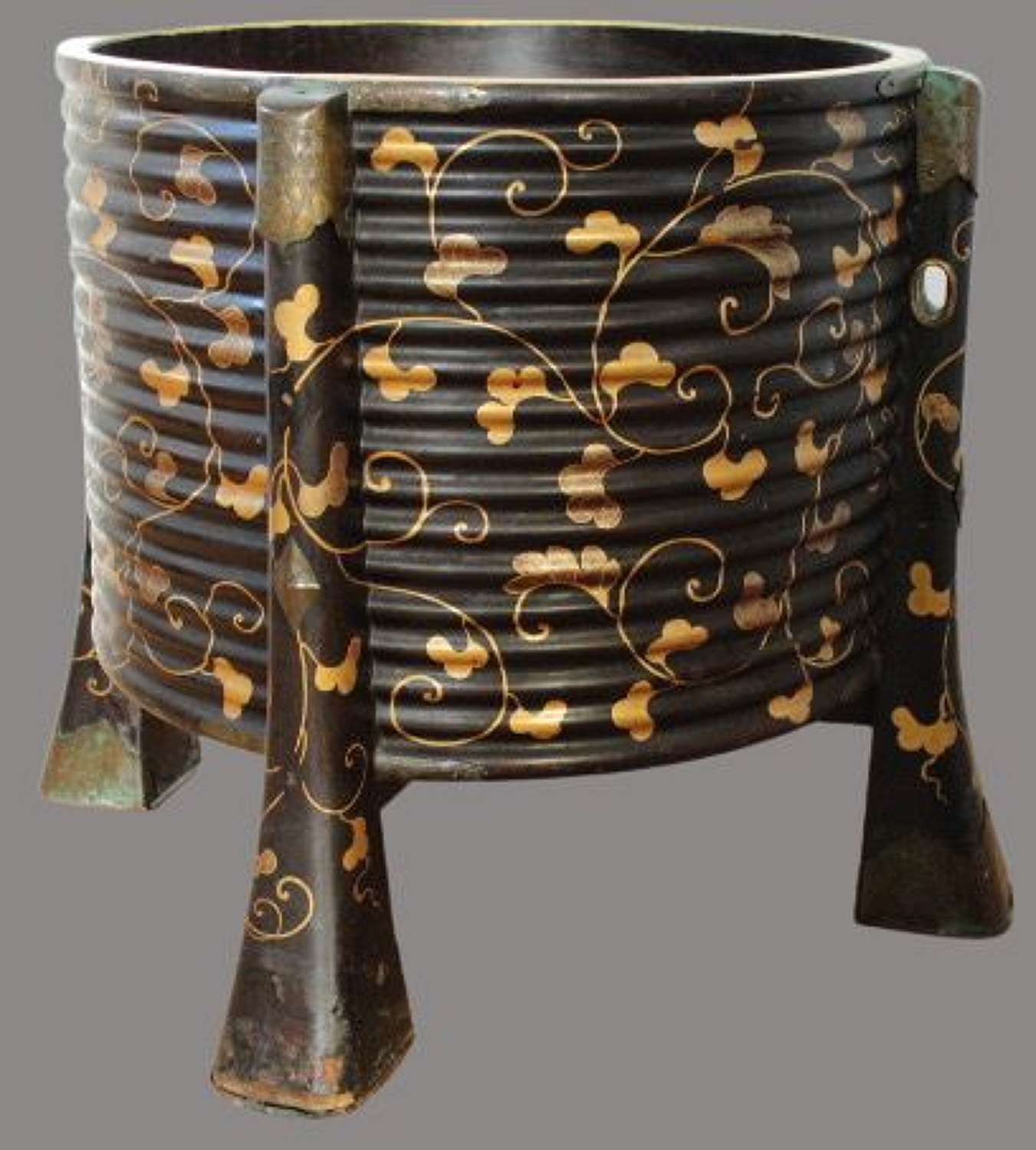