The other four titles of the New York 'set' are Forty Second Street;  Battery Park;  Park Avenue  and  Brooklyn Bridge

William Walcot was born at Lustdorf, near Odessa in a mixed Scottish- Russian family.  He grew up in Western Europe and South Africa, returning to Russia at the age of 17, and studied arts and architecture under Leon Benois at the Imperial Academy of Arts in Saint Peterburg.  Later he attended art school in Paris.  In 1906, Walcot relocated to London.  Walcot worked as an architectural draughtsman, famous for his artistic presentation of other architects' designs and exhibiting his own work at the Royal Academy summer exhibitions.  He was the most prominent architectural draughtsman of the 1920's and 30's.  He also engaged in printmaking with a most unique style.  He was elected to the Royal Society of British Artists in 1913: an associate of the Royal Society of Painter-Etchers and Engravers in 1916 and a Fellow of the RIBA in 1922.  His successful practice was ruined with the outbreak of WWII;  in 1943 Walcot committed suicide at Hurstpierpoint, Sussex 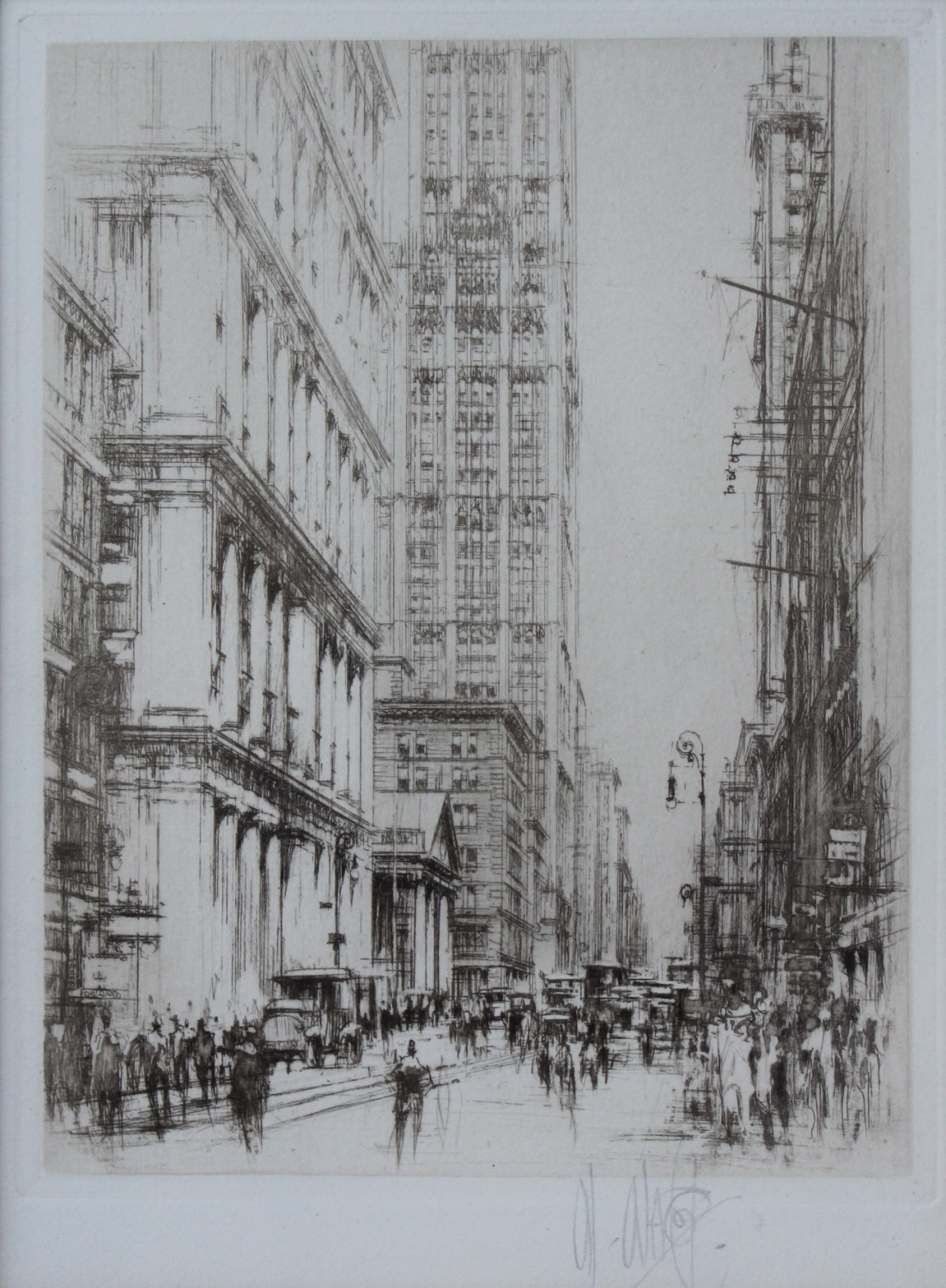 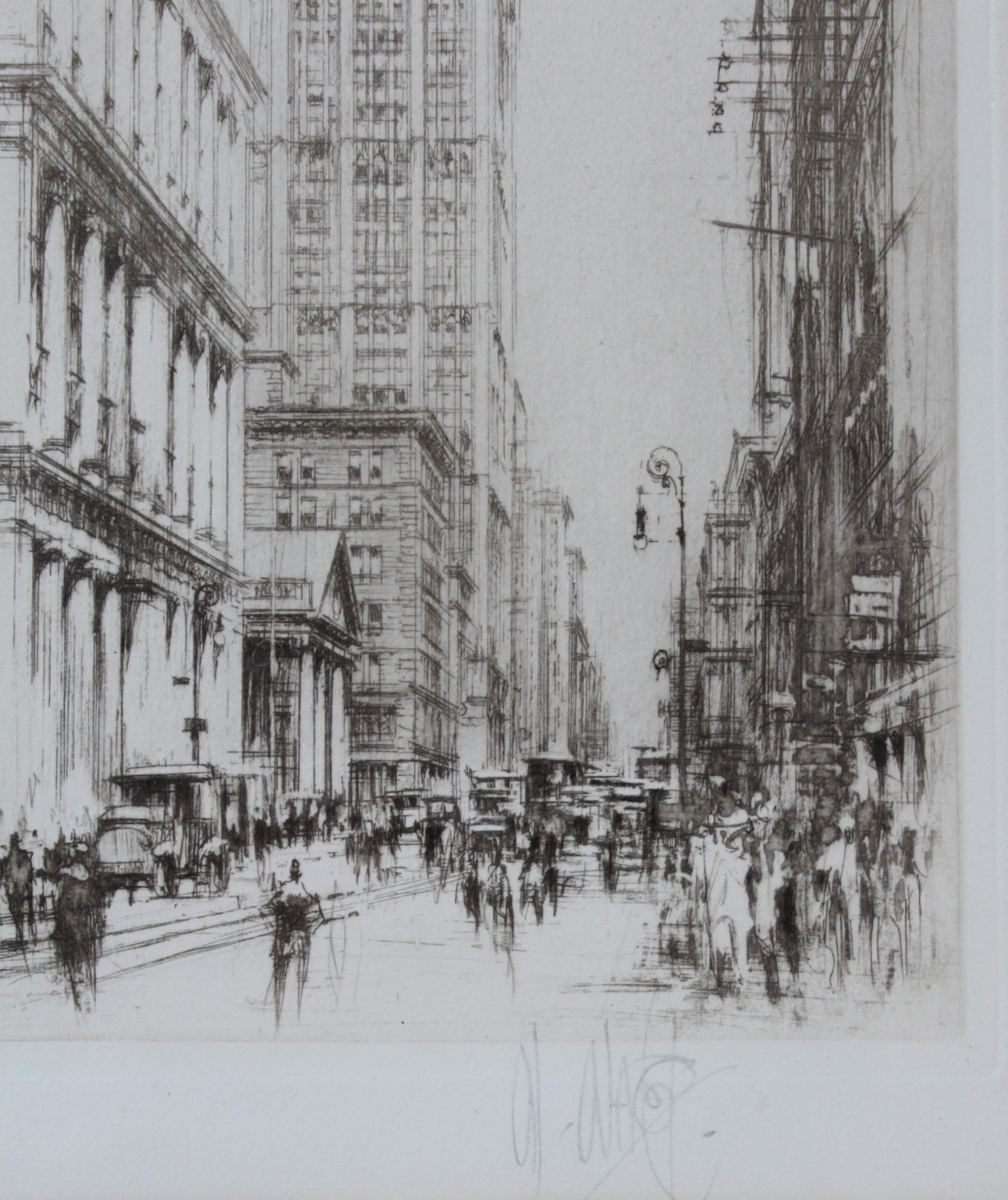 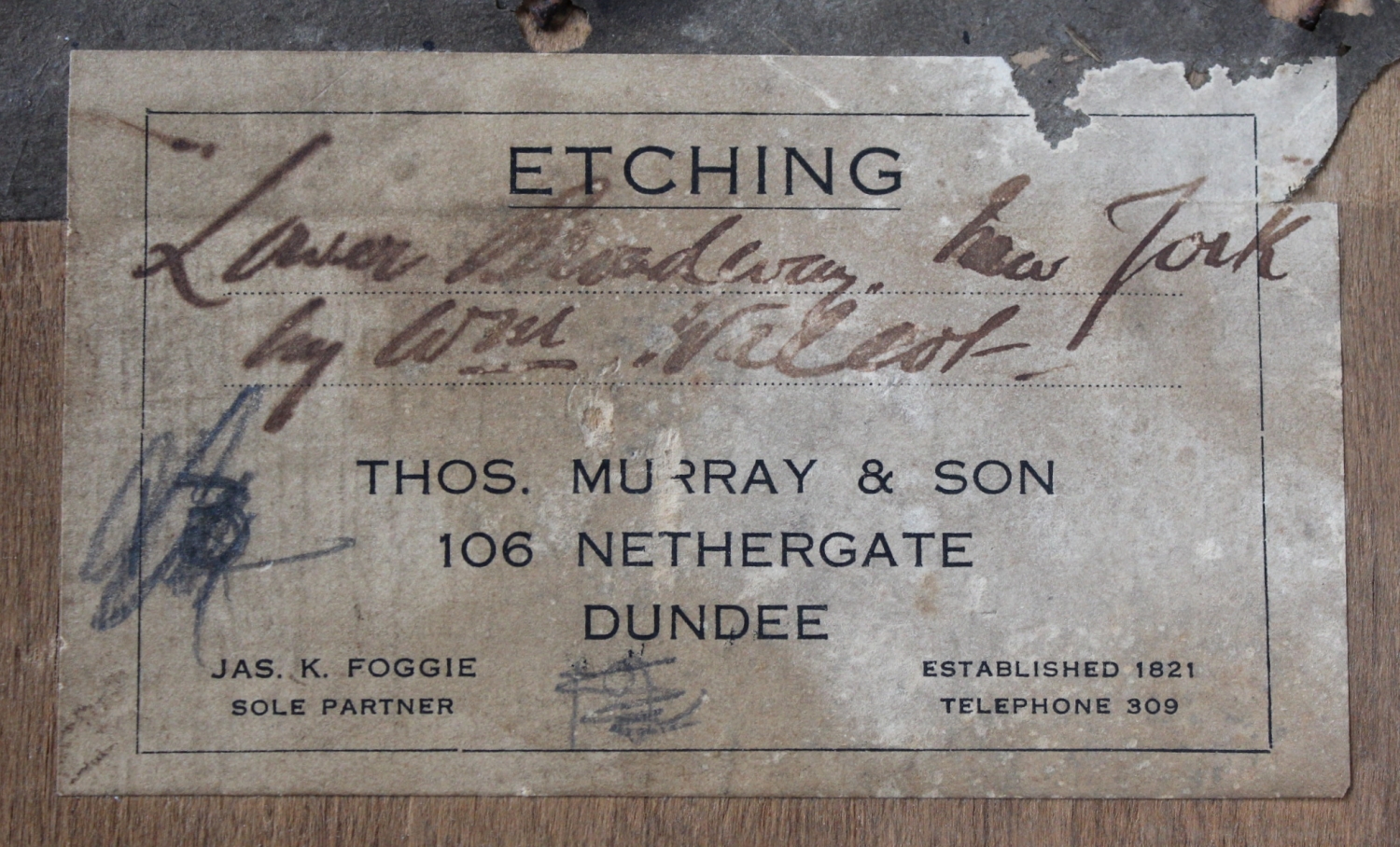