Drypoint etching, signed in pencil, signed with a monogram in the plate top left, unframed

Sidney Tushingham was an English painter and etcher specialising in rustic scenes or village life.  He was born in Burslem, Stoke on Trent where he started as a china painter at the age of fourteen.  He attended the Burslem School of Art and entered the Royal College of Art in 1905.  He worked as a vase painter at Royal Doulton during 1922 whilst he established his career as a socoety painter.  He also became known for his etchings of pre-war Britain,  Italy and Spain and produced more than a hundred plates between 1919 and 1934 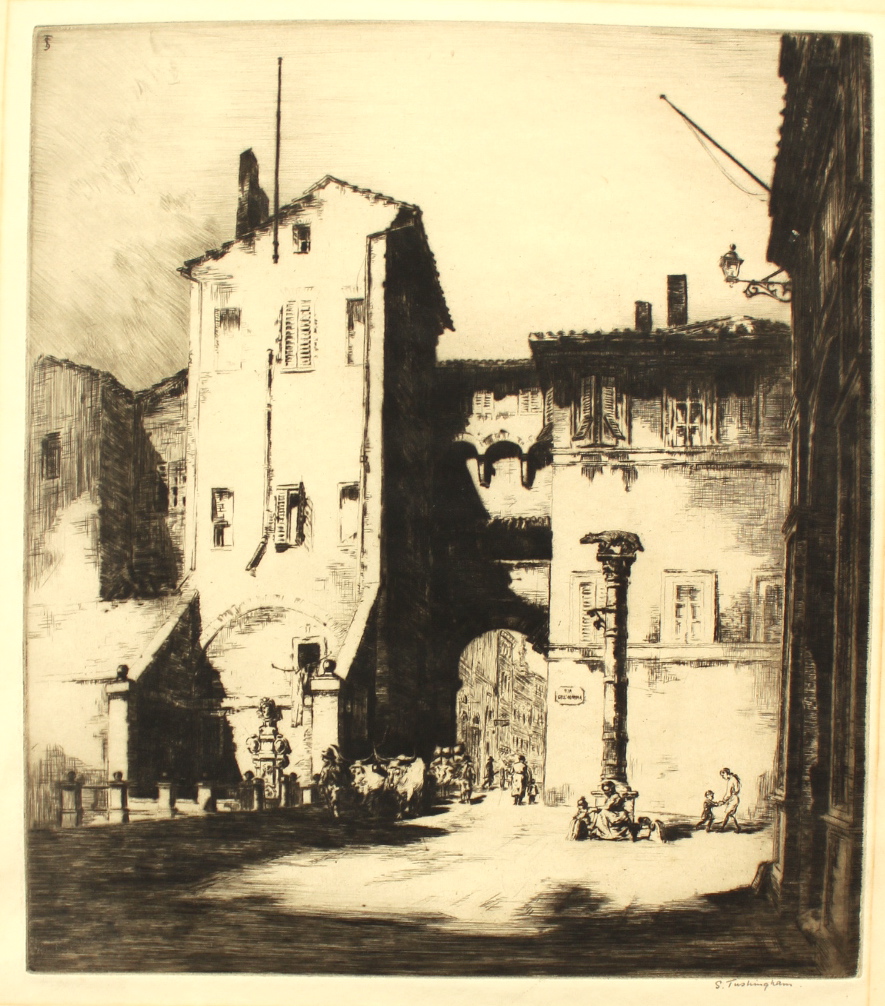 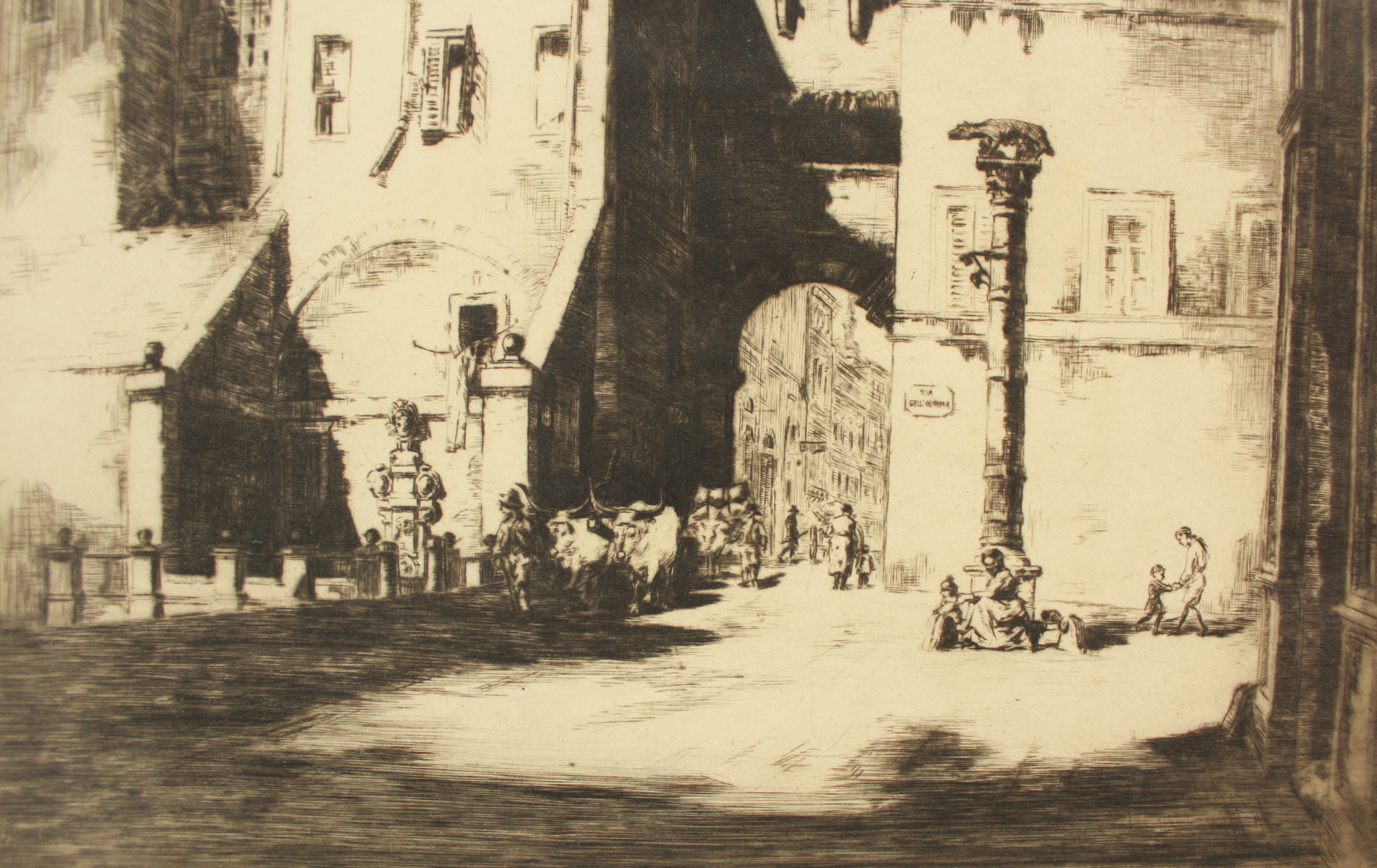 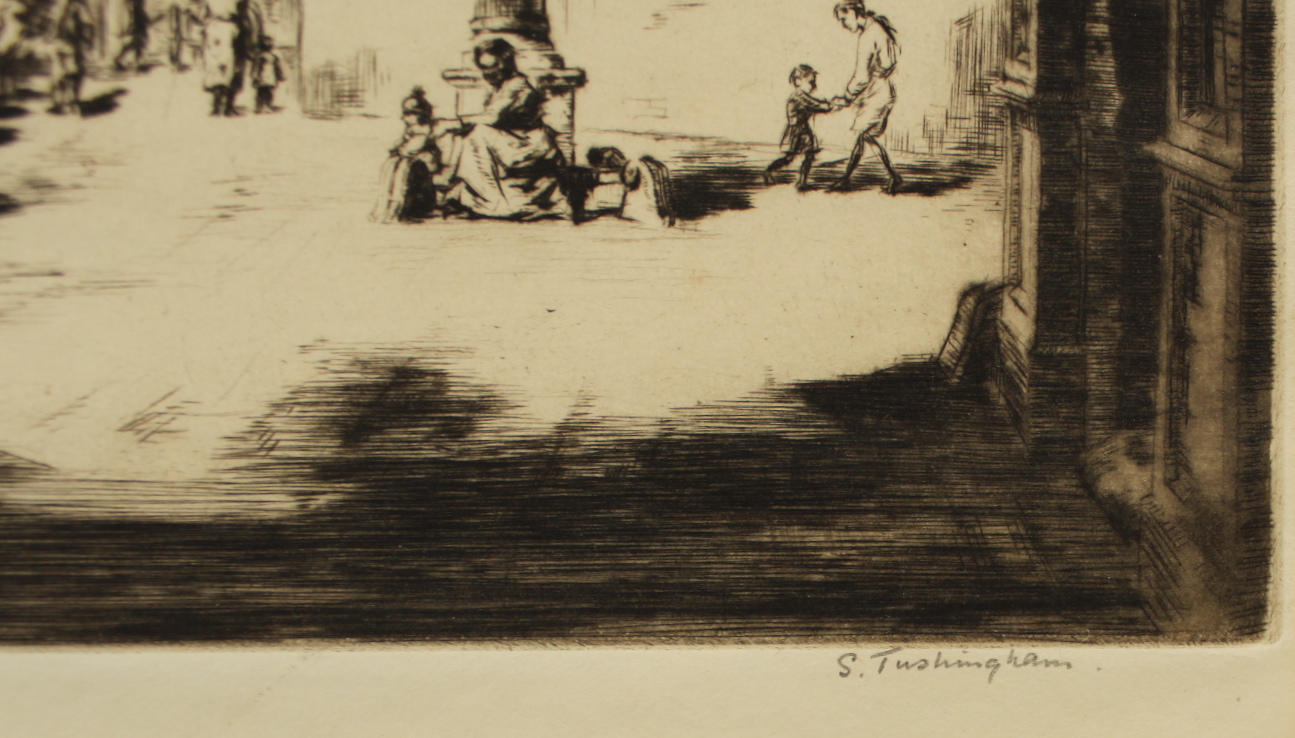