The Walls of Gerona

Sis Henry George 'Harry' Rushbury was an English painter and etcher.  Born the son of a clerk in Harborne, then on the outskirts of Birmingham, Rushbury studied on a scholarship under Robert Catterson Smith at the Birmingham School of Art from the age of thirteen.  He worked as an assistant to Henry Payne until 1912, when he moved to London, where he shared lodgings with fellow Birmingham student Gerald Brockhurst.  Rushbury was an official war artist during WWI, and took up etching and drypoint under the influence of Francis Dodd.  He was elected a member of the New English Art Club in 1917, the Royal Society of Painter-Etchers in 1921, the Royal Society of Painters in Water Colours in 1922 and the Royal Academy in 1936.  In 1949 he was elected Keeper of the Royal Academy and Head of the Royal Academy Schools 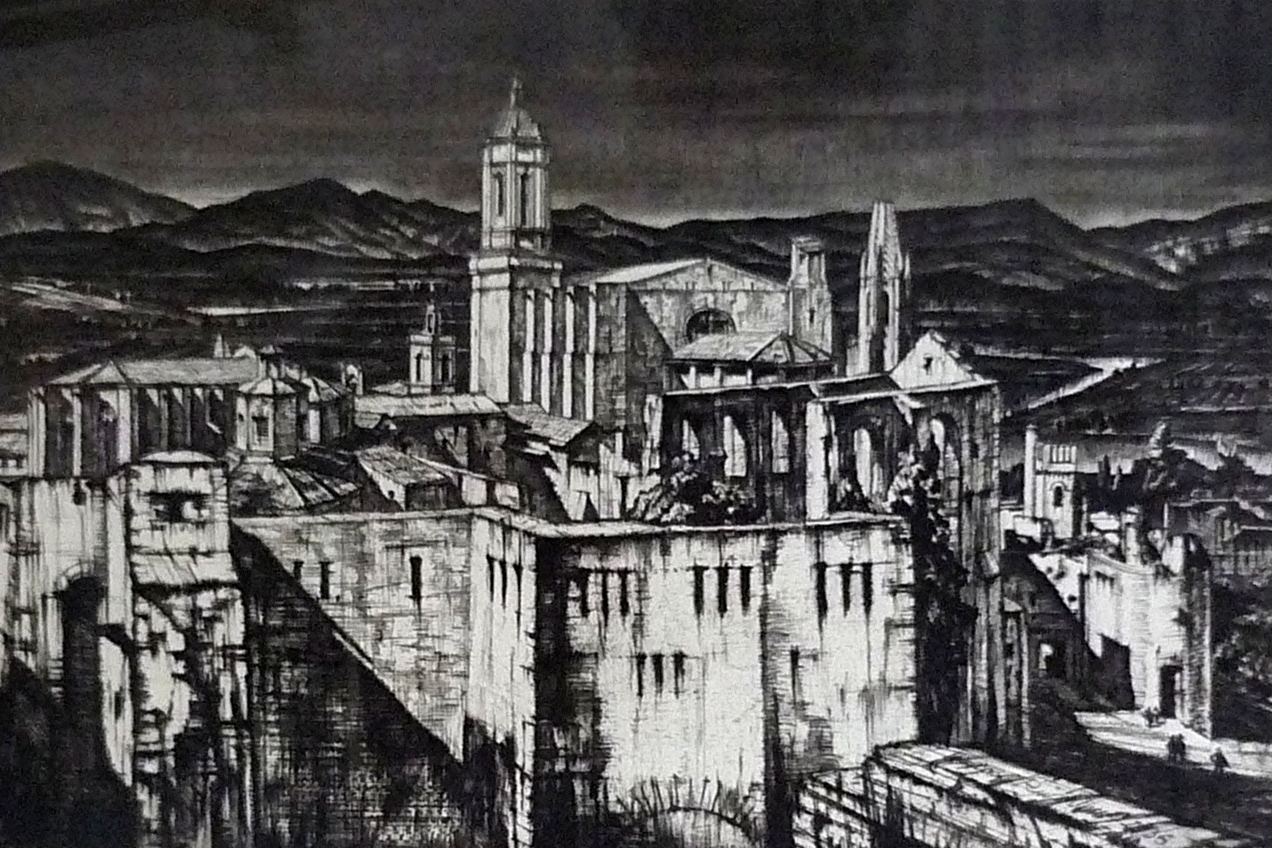