Drypoint etching, signed in pencil and with artist's studio stamp

William Lee Hankey  RWS., RI., ROI., RE. and NS. was a British painter and book illustrator. He specialised in landscapes, character studies and portraits of pastoral life, particularly in studies of mothers with young children.  He was born in Chester and studied at the Chester School of Art, the Royal College of Art and late in Paris where he was influenced by the work of Jules Bastien-Lepage.  He stayed in France in the early 1900's painting many of his works in Brittany, Normandy and the Cote d'Azure, capturing a peasant lifestyle which had already disappeared in England.  He was a member of the Newlyn School in Cornwall who were themselves influenced by the romantic poets.  He served with the Artists Rifles during the Great War from 1915 to 1918 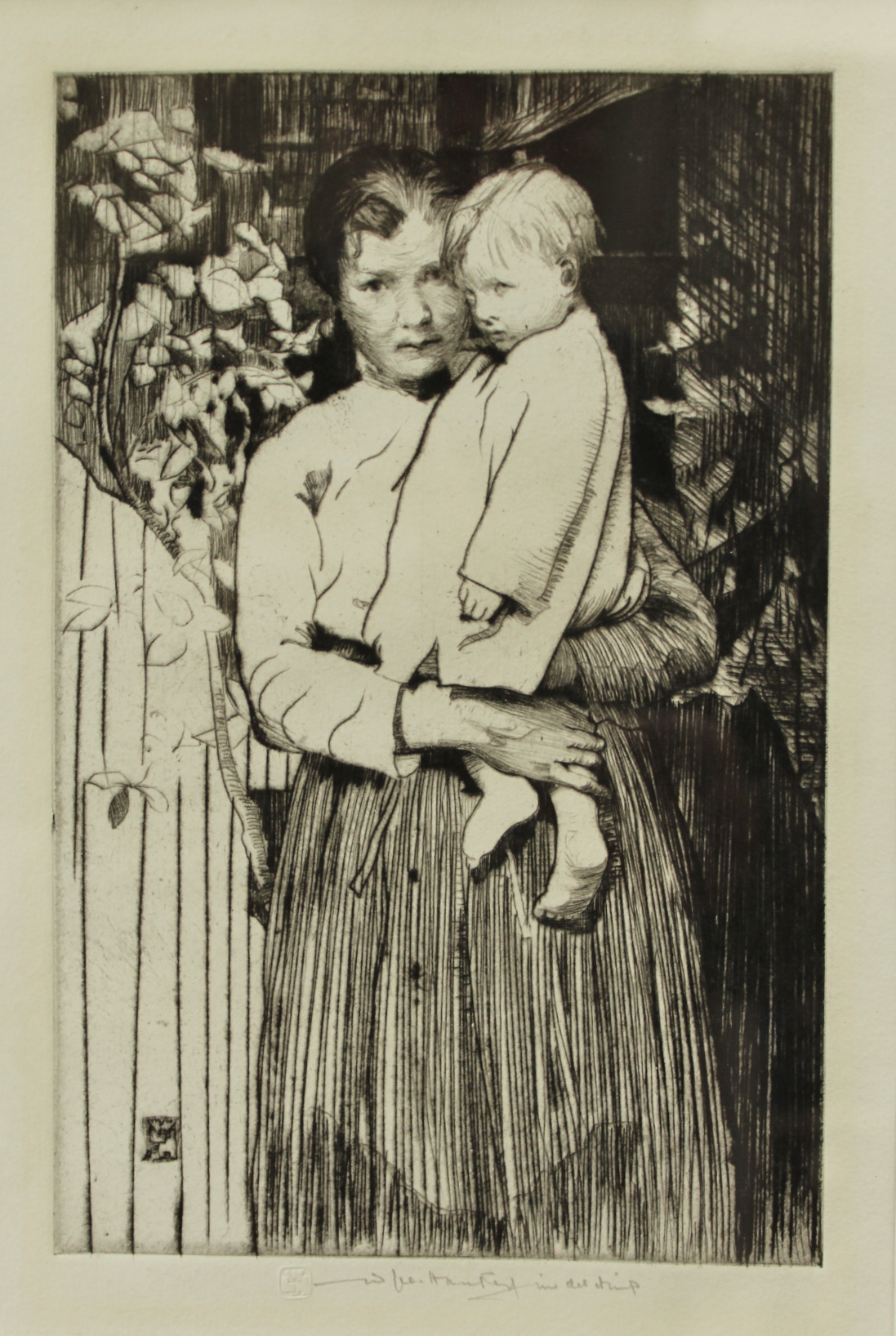 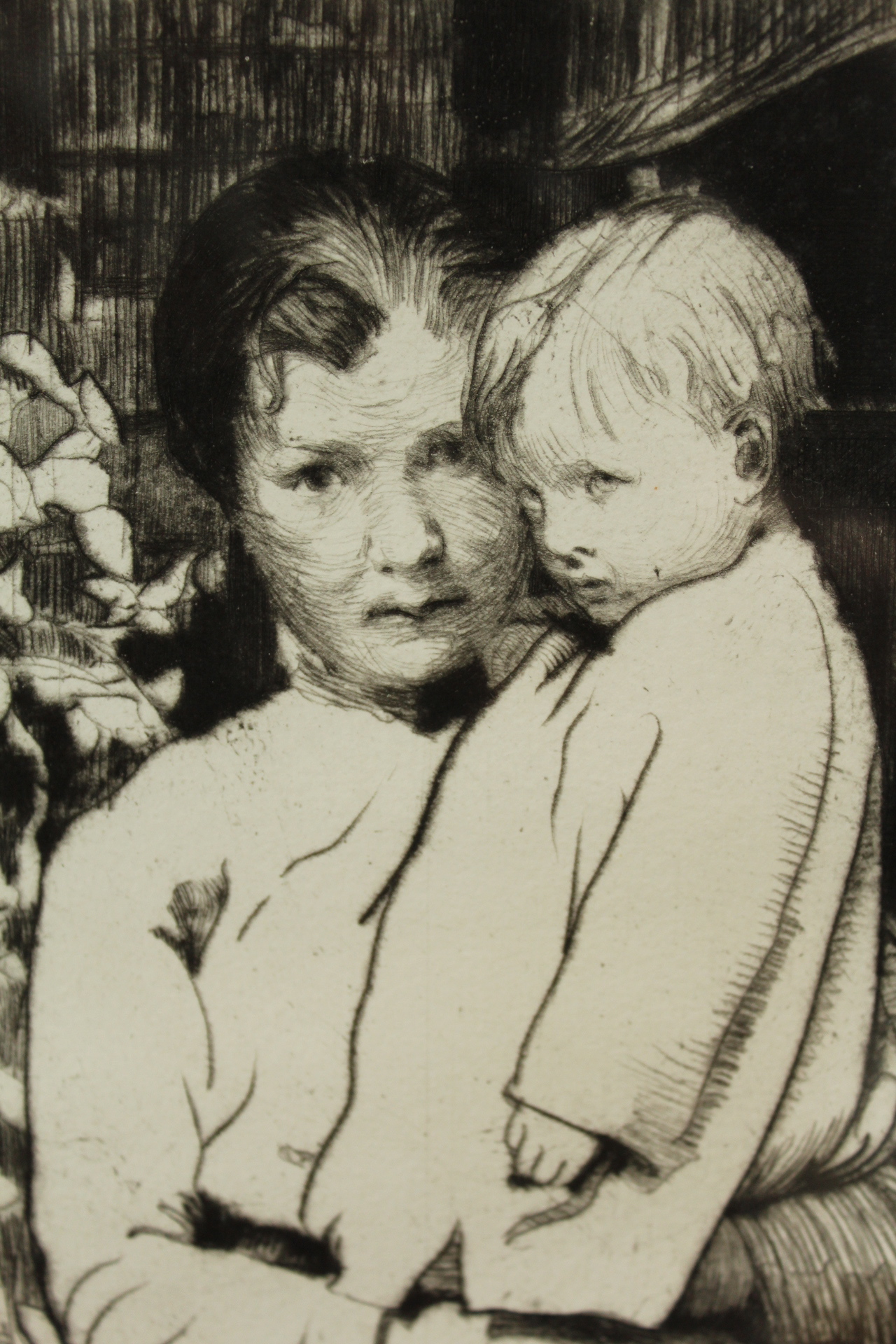 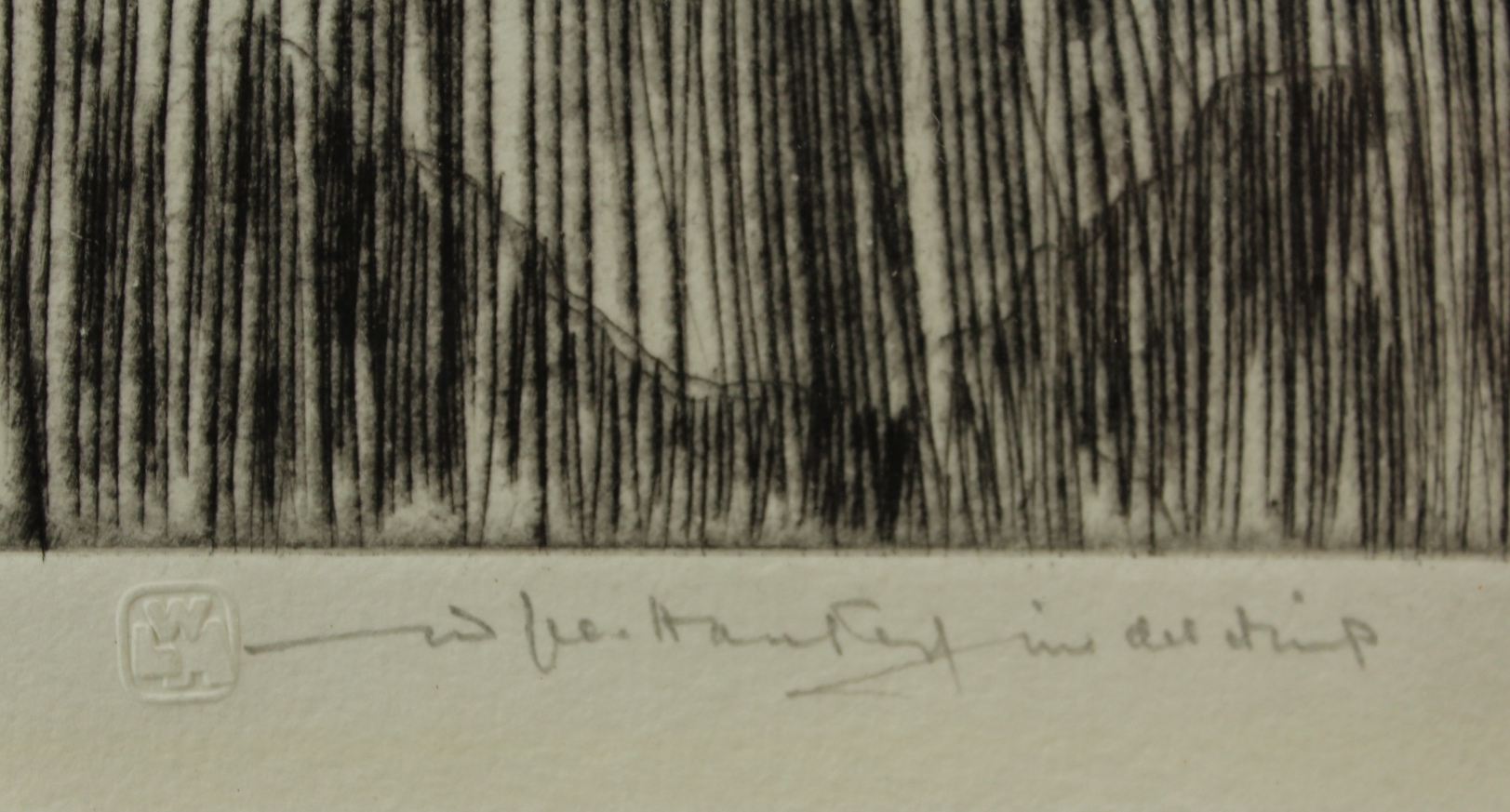