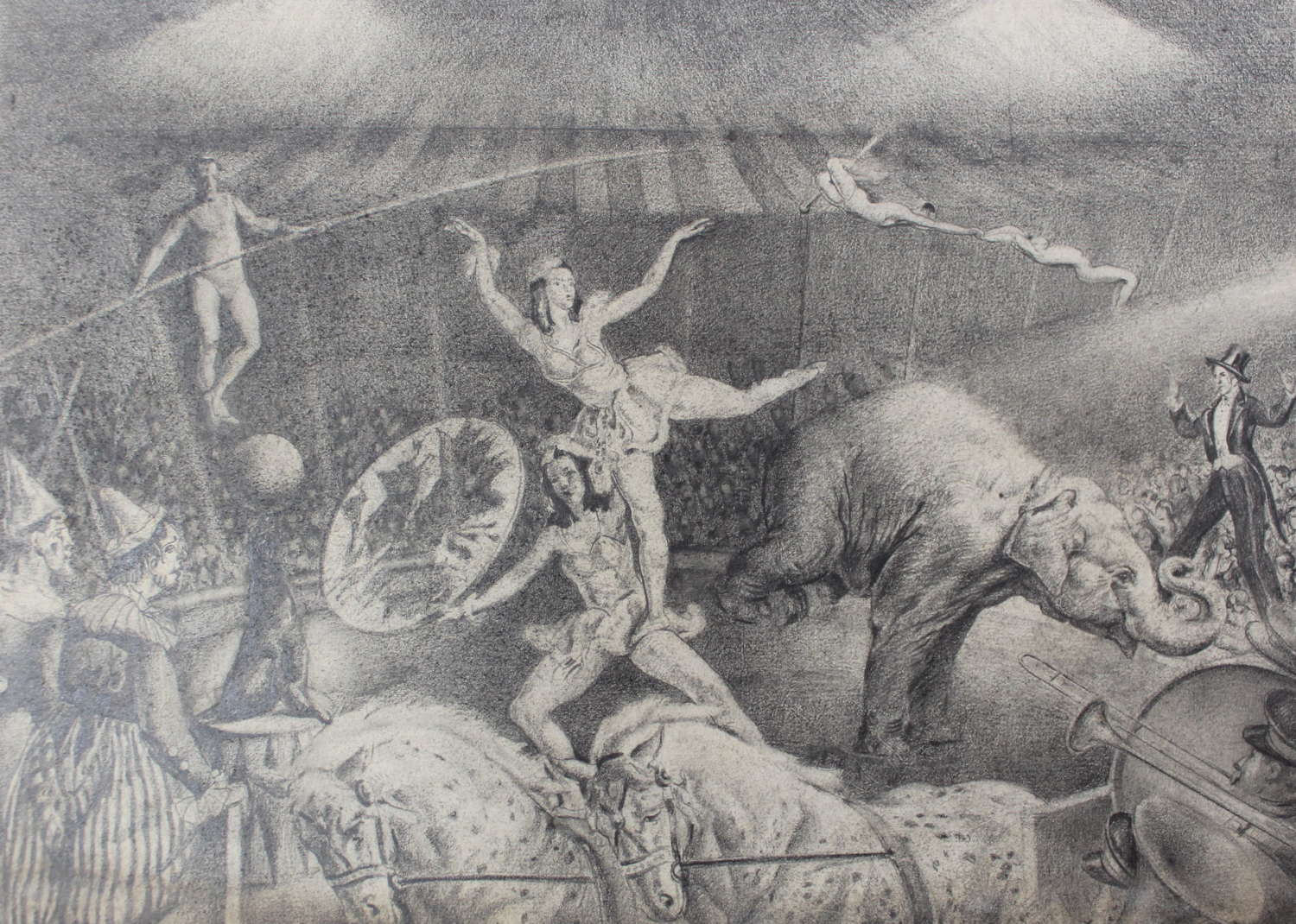 Study of the interior of a Big Top with various circus performers including Flying Trapeze, Tightrope Walker, Equestrian Acrobats, Clowns, Performing Seal and Elephant, Bandsmen and the assembled audience.

Pencil drawing, signed and dated 1943 in the lower right margin

John Milne Purvis was born in Perth, Scotland 31st August 1885. Educated at Perth Academy where he showed an interest in Art under the guidance of Francis M. Black and David Scott Murray. In 1905 he enrolled at the Glasgow School of Art graduating in 1908 having one the coveted Haldane Travel Scholarship.

In 1910 John was appointed Assistant Master of Drawing and Painting at Dundee Technical College & School of Art.

John taught in Dundee throughout his career with the exception of 1916-19 when he saw active service during the First World War.

In 1950 John retired as Head of Painting and Drawing when he was succeeded by Alberto Morrocco. 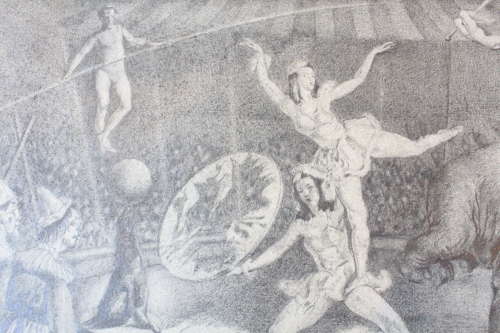 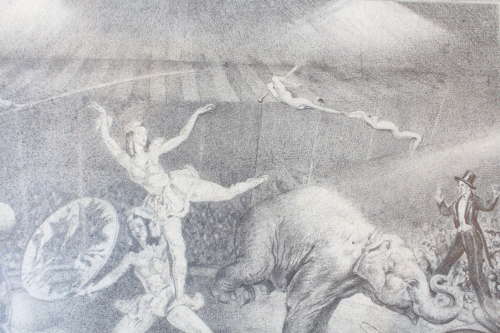 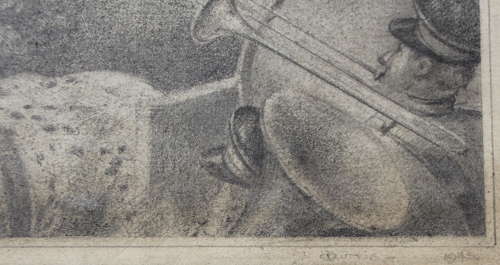