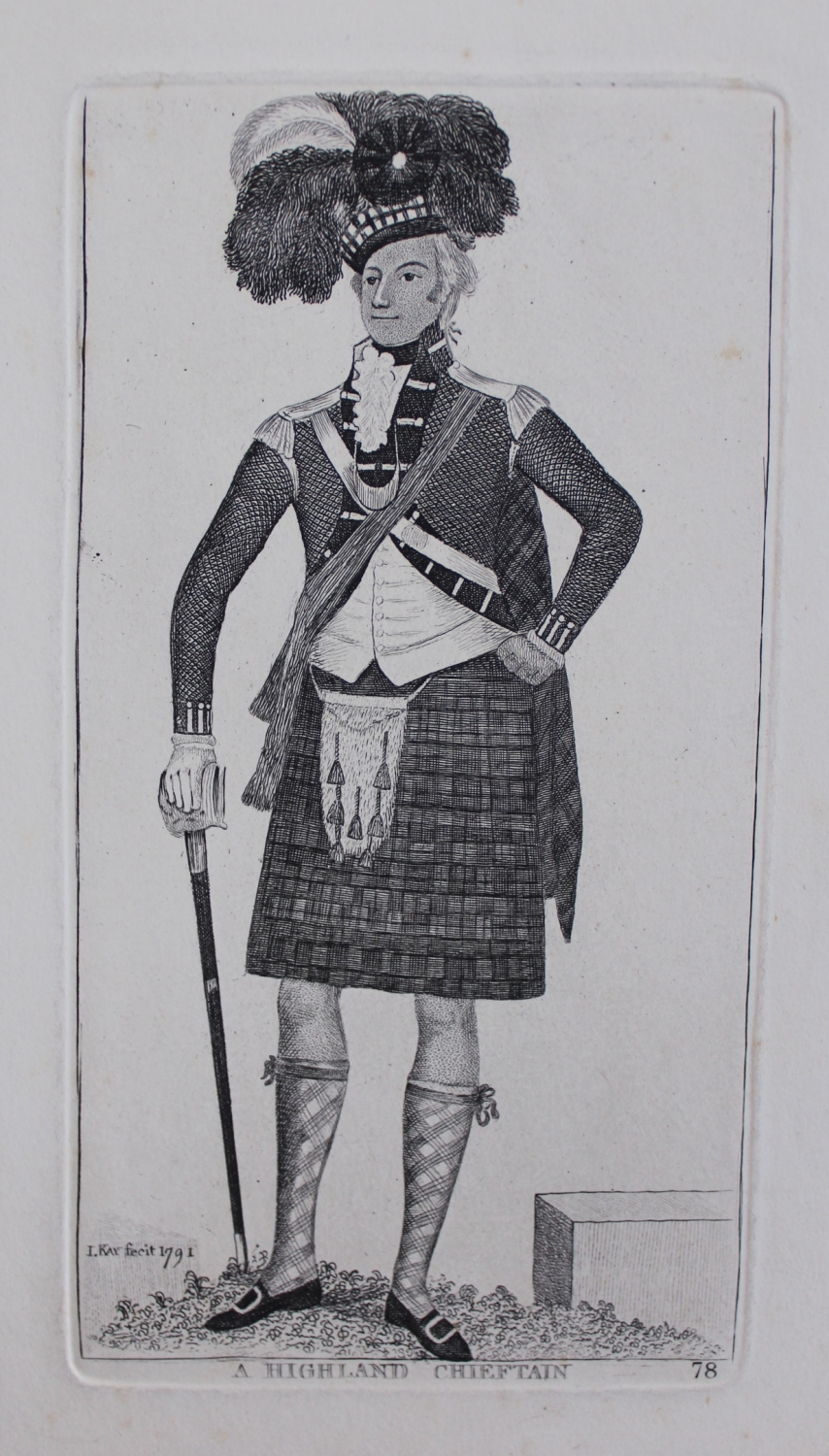 A Highland Chieftan - The Marquis of Huntly

John Kay was born near Dalkeith, Midlothian in 1742.  The son of a mason, he was apprenticed at the age of thirteen to George Heriot, a barber in Dalkeith.  Six years later he moved to Edinburgh where he continued to work as a journeyman barber.  In 1771 he was enrolled a member of the Society of Surgeon-Barbers and set up in business on his own account.  In his spare time he began to produce highly original portrait sketches and caricatures of Edinburgh characters, despite having no formal training in drawing.  He attracted the patronage of William Nisbet of Dirleton, who settled an annuity upon him, and in 1785 was finally able to give up his trade for art.  Kay opened a shop in Parliament Close where he sold his etchings and from 1784 - 1822 he is calculated to have etched nearly nine hundred plates portraying many of the most notable Scotsmen of the day.  His etching of Adam Smith is the only surviving portrait made during the economist's lifetime 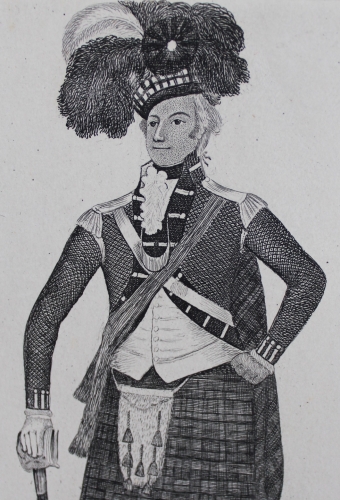