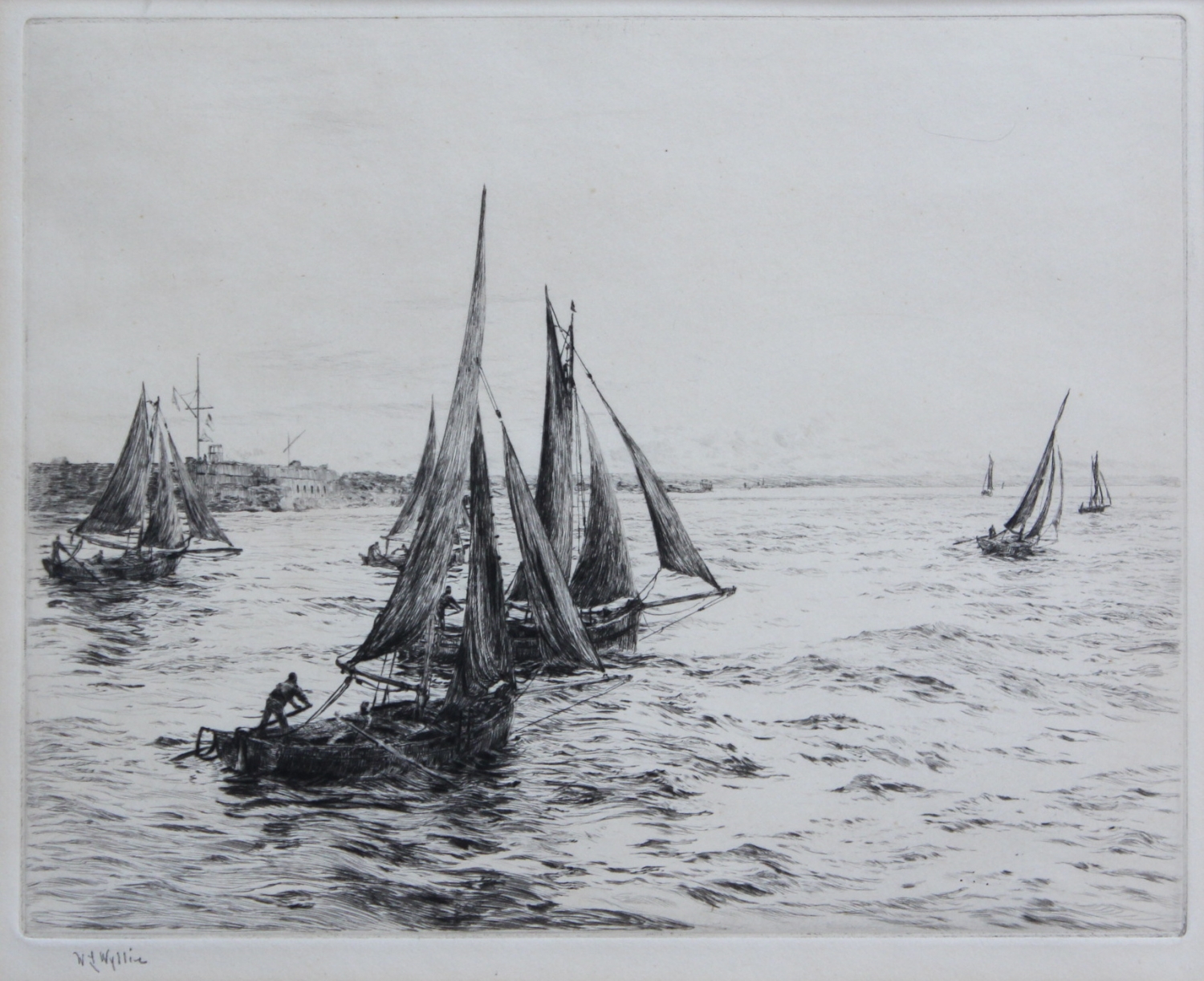 W. L. Wyllie was born in London in 1851, son of William Morison Wyllie and brother of Charles Wyllie.  Wyllie was an artist in oil, watercolour, etching and aquatint of marine and tidal Thames subjects.  He is acknowledged as one of the leading marine artists at the turn of the century.  Wyllie studied art at the Heatherleys in 1865 and at the Royal Academy Schools between 1866-69, winning the Turner Medal in 1869.  Wyllie was the father of Harold Wyllie, who was also a marine printmaker.  Wyllie lived in Portsmouth for many years and died in London on 6th April 1931 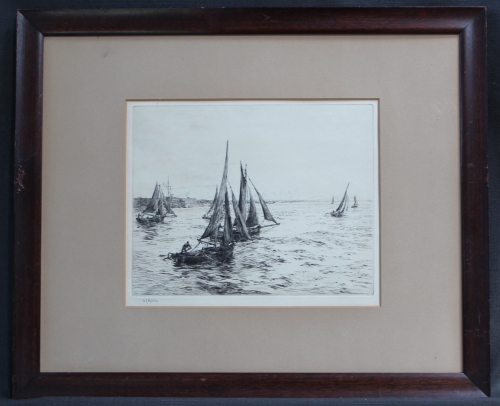