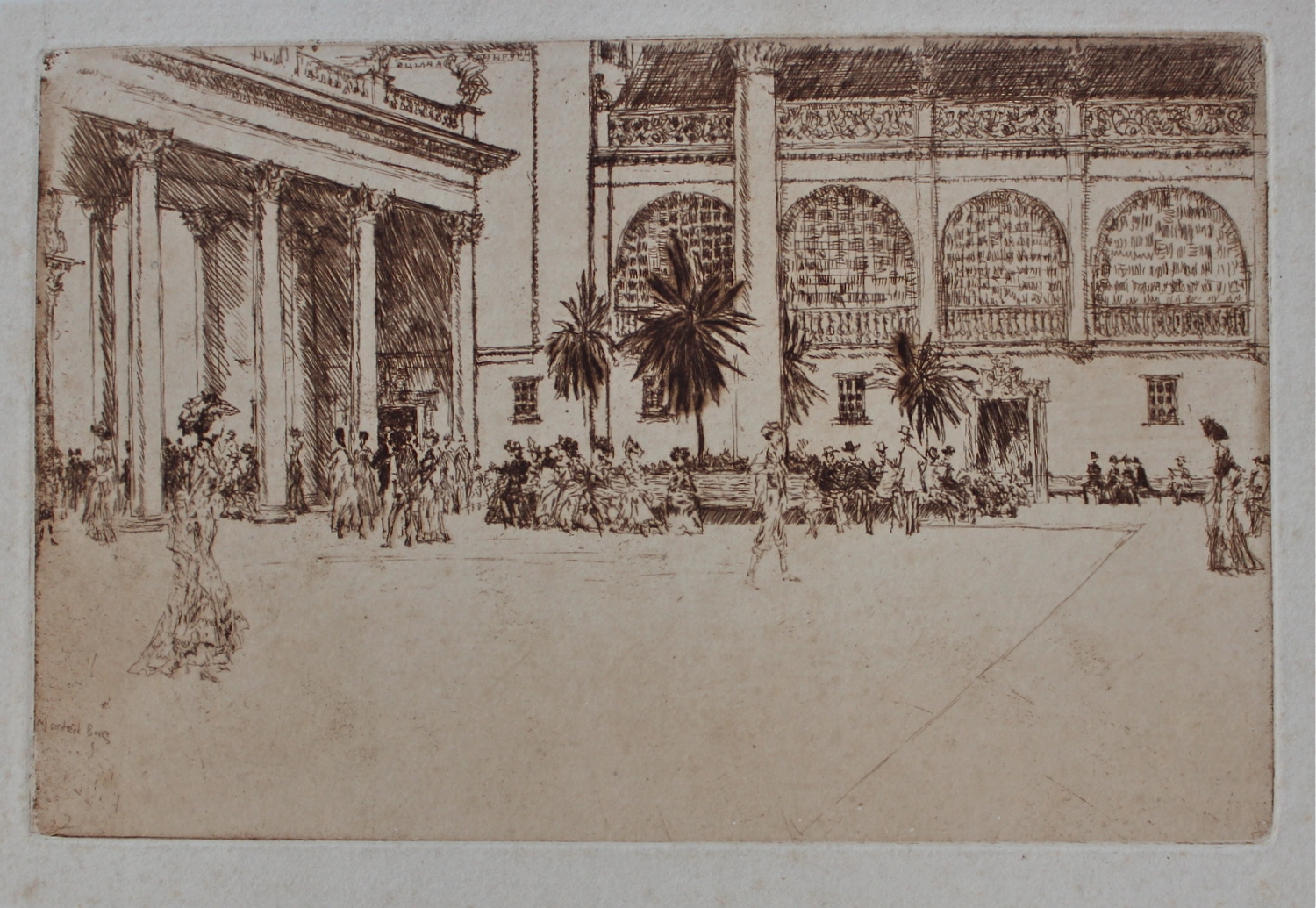 Muirhead Bone was a Scottish etcher and watercolourist, born in Galsgow.  The son of a printer, Bone trained initially as an architect, later going on to study art at the Glasgow School of Art.  He began printmaking in 1898.  In 1901 he moved to London where he met William Strang and Alphonse Legros and became a member of the New English Art Club.  In May 1916 he became Britain's first official war artist and served in the same capacity in 1940 in WWII 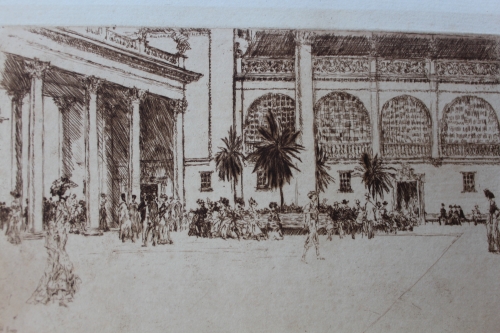 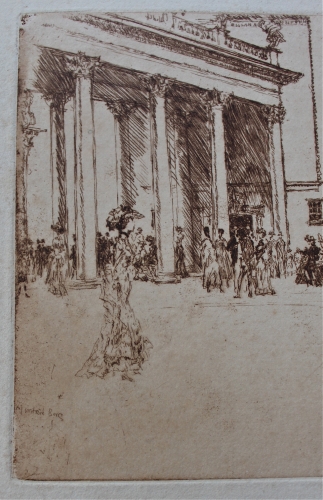 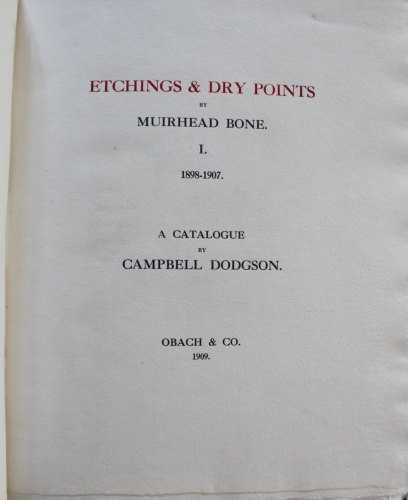