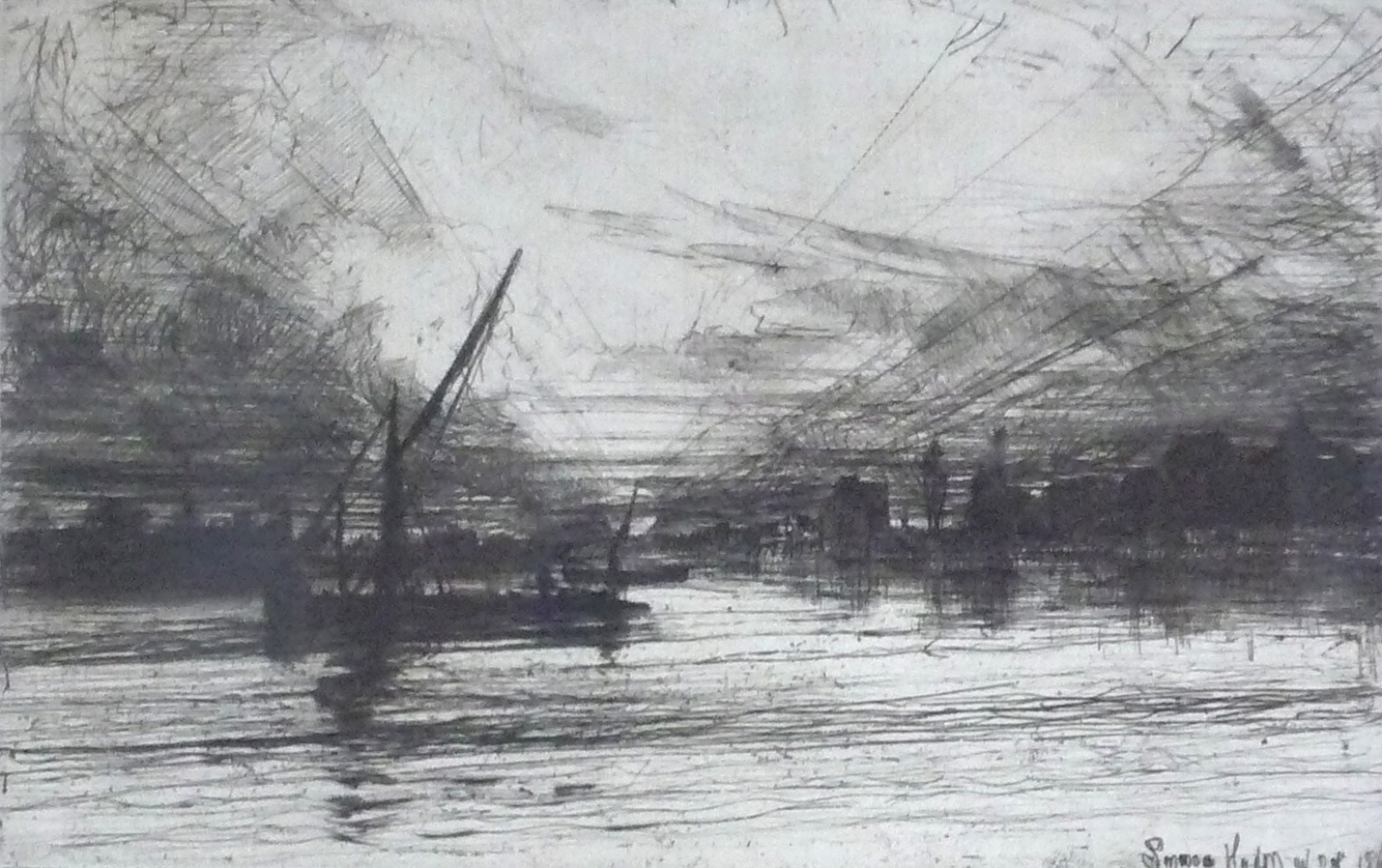 Sunset on the Thames

Sir Francis Seymour Haden practised as a surgeon but was also an influential and important etcher.  He was a founder member of the R.E. and was its first President.  Haden married Whistler's sister and he and Whistler are regarded as prime movers of the school of modern etching