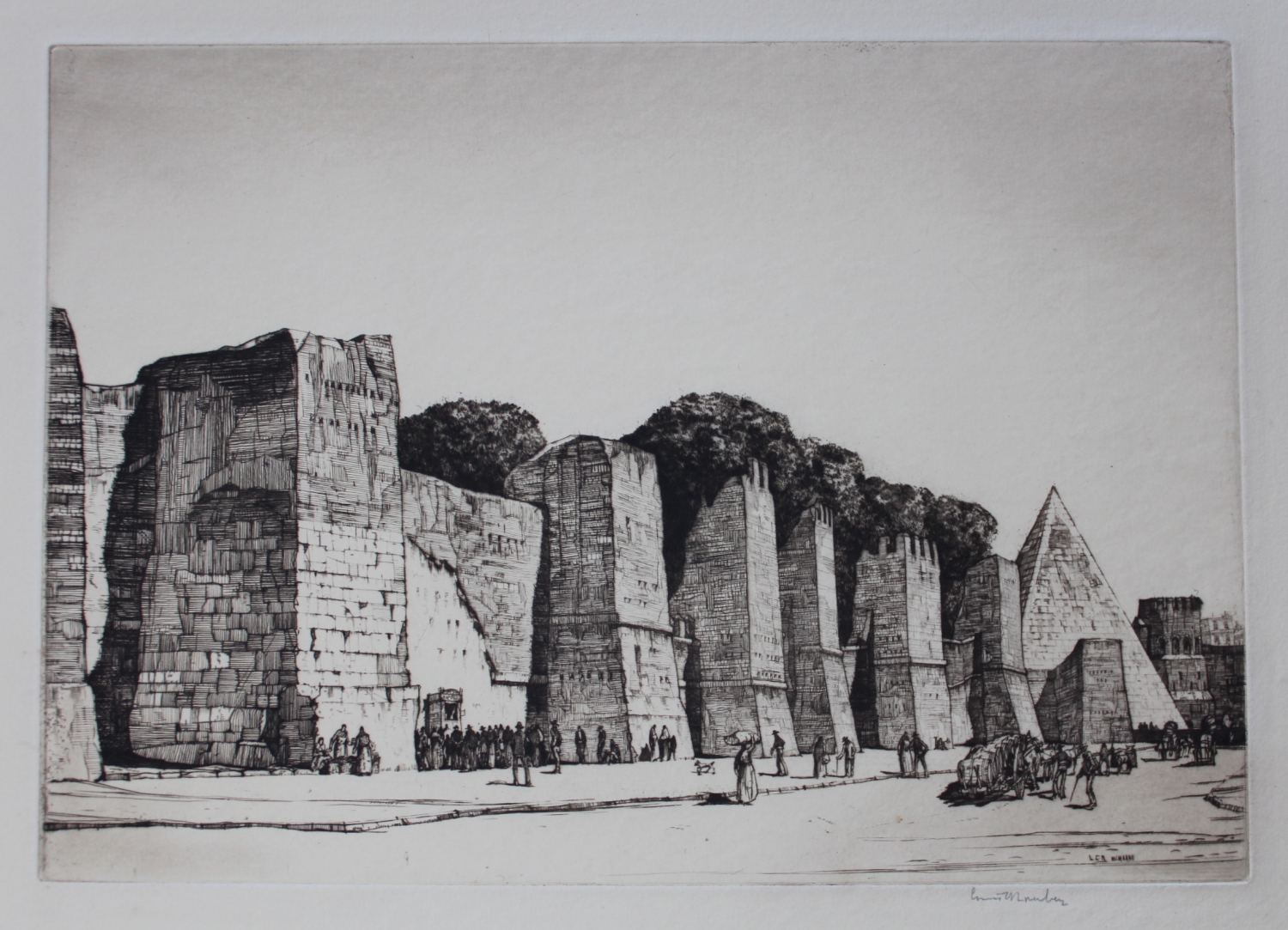 The Aurelian Wall and Pyramid of Cestius

Etching with drypoint, signed in pencil, mounted but unframed

Louis C. Rosenberg was born in Portland, Oregon and was an American printmaker.  Rosenberg was a prolific artist who produced hundreds of etchings of architectural buildings and structures in Europe and the United States.