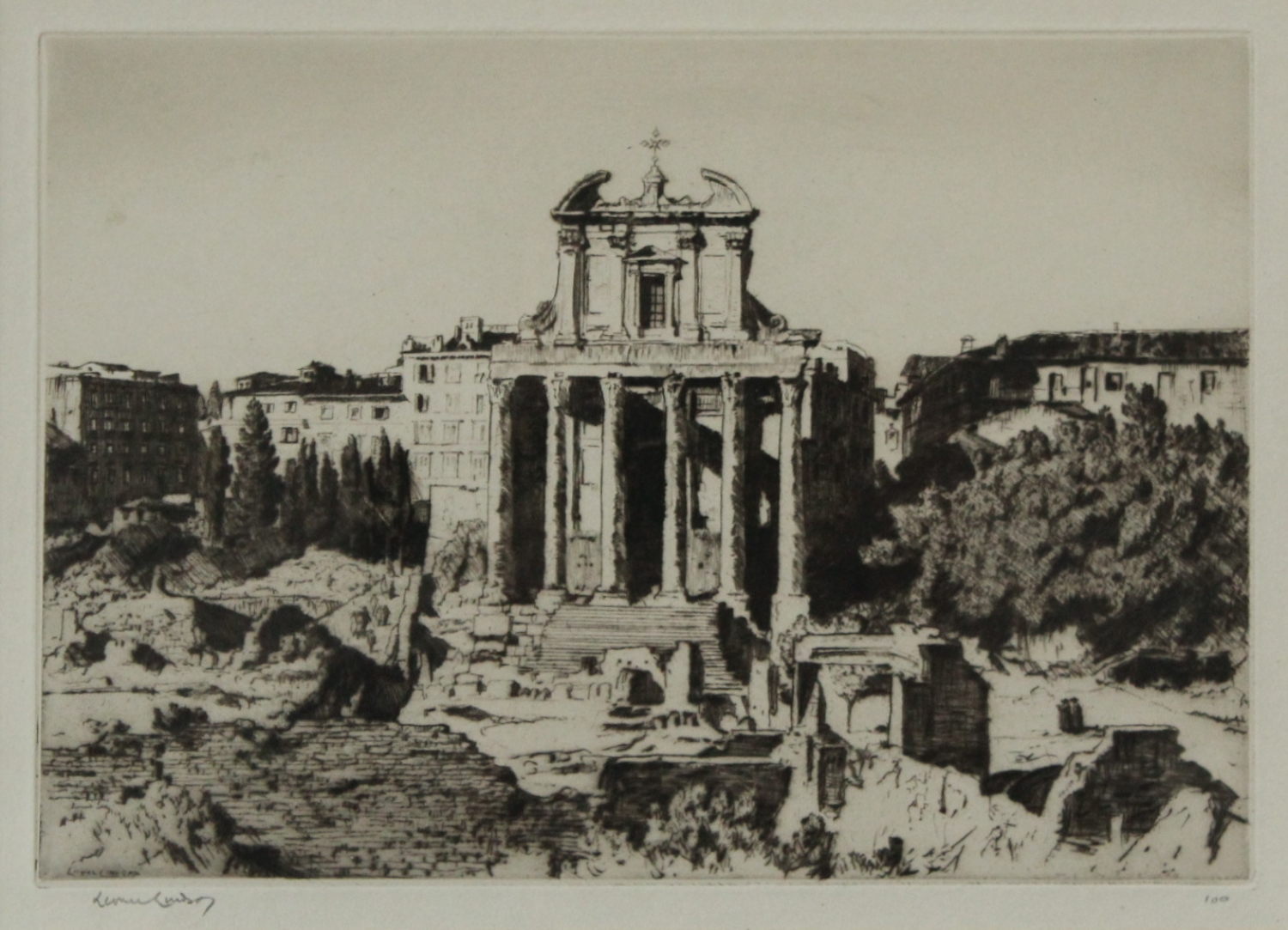 Drypoint etching, signed in the plate lower left, signed in pencil and No. 100  (Mendelssohn 453)

Lindsay was born in the Victorian town of Creswick, into a creative family - he was the brother of artist Norman Lindsay and artist and critic Daryl Lindsay.  Lindsay became a pupil-assistant at the Melbourne Observatory (1889 - 1892) and later at the National Gallery School in Melbourne.  Lindsay taught himself etching and engraving in the 1890's while a student, immediately prior to his first trip to Spain and England.  On his return to Australia he settled in Sydney as a freelance artist and journalist.  In 1907 he held an extremely successful exhibition of etchings in Sydney with the Society of Artists.  The two decades after 1907 saw him active with the Society of Artists and in 1921, when the Australian Painter-Etchers' Society was formed, Lindsay was its first president.  He began to exhibit in London in 1923 and had his most successful exhibition of that period at Colnaghi, a London art dealer, in 1927.  Colnaghi's and the critic Harold Wright led British interest in Lindsay's work and guaranteed his reputation as a major printmaker and watercolourist 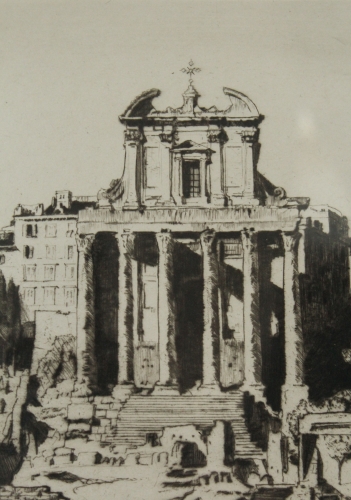 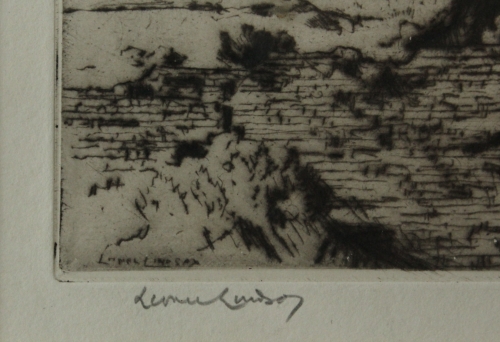