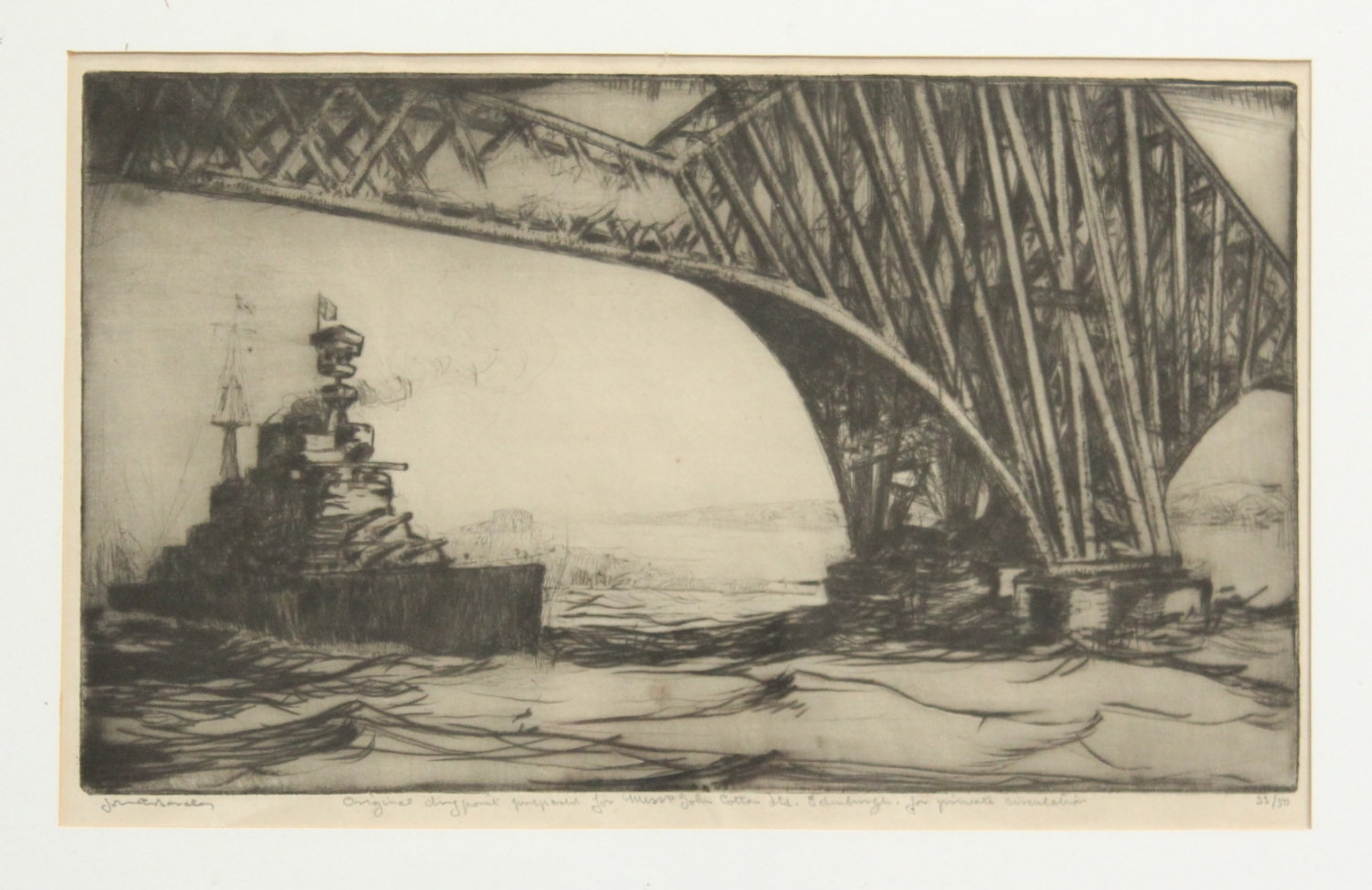 A naval vessel passing under the Forth Rail Bridge

John Rankine Barclay was born in Edinburgh, he began work as an engraver, then became a student at the Royal Scottish Academy Schools in 1908, winning the Guthrie Award and a Carnegie Travelling Scholarship.  He exhibited at G.I., R.A., R.S.A., R.S.W. and in Cornwall where he moved to in 1935 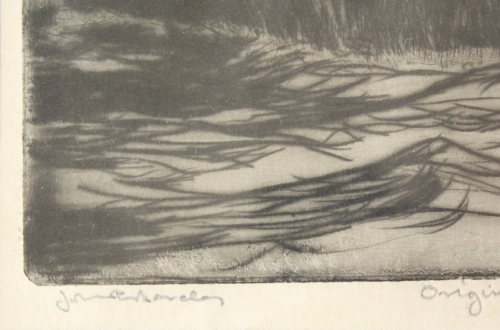 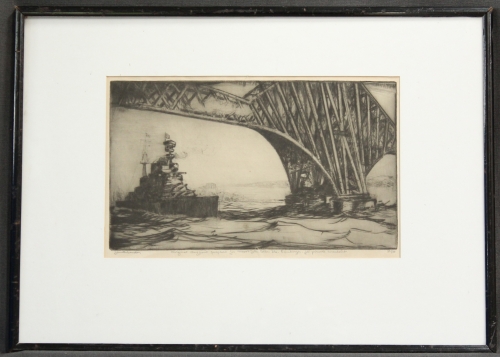