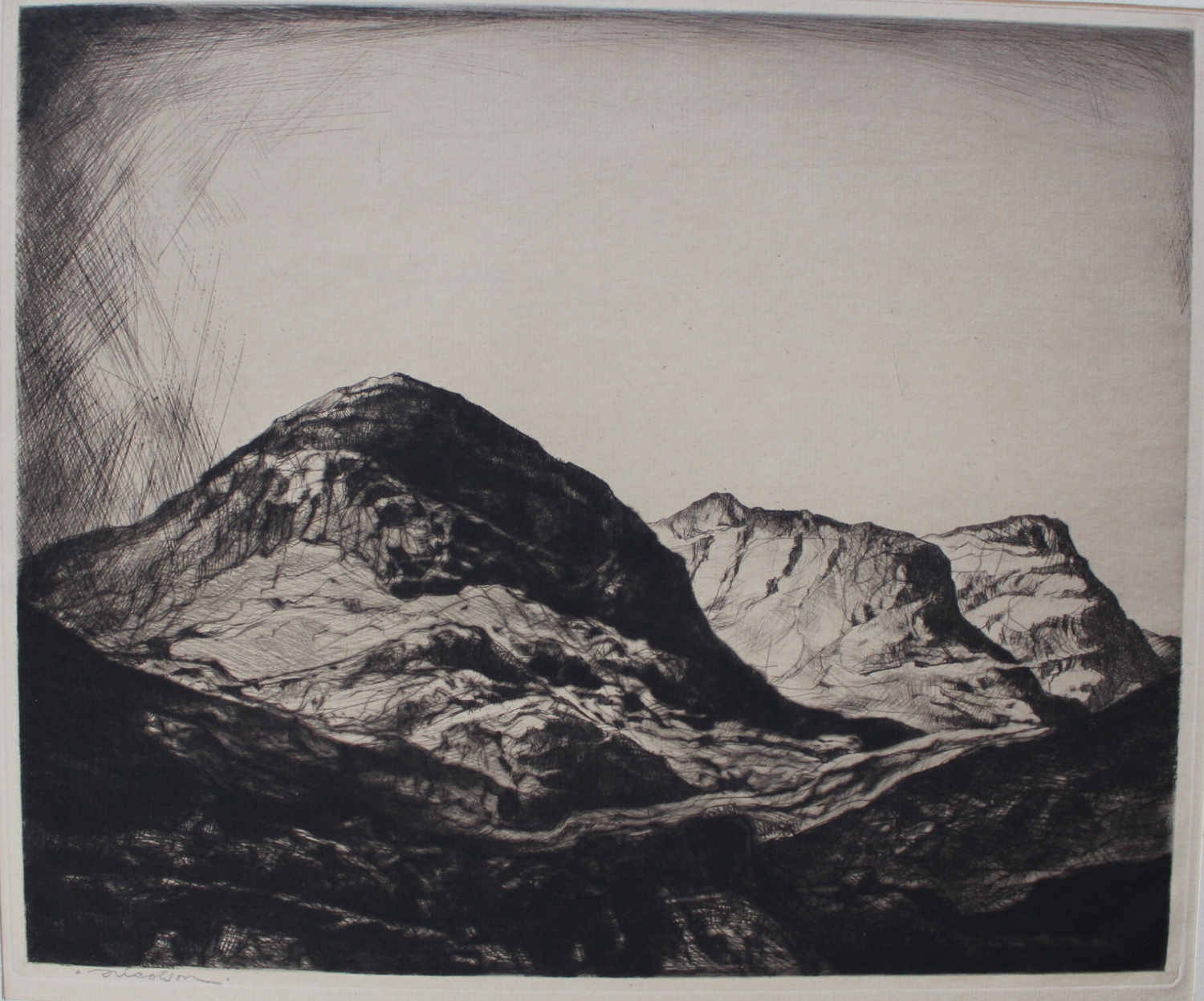 John Nicolson was born in Scotland, known as 'Jock' he was an associate of the Royal Society of Painter-Etchers and Engravers (A.R.E.).  He was also a member of the R.B.A. and R.W.S.  He worked for magazines such as The Bystander and Picadilly and for book publishers T. Fisher Unwin.  Nicolson and his wife Dorothy shared a house in south London between 1923-26 with the artist Edmund Blampied and his wife Marianne.  Nicolson died in a traffic accident in London in 1951