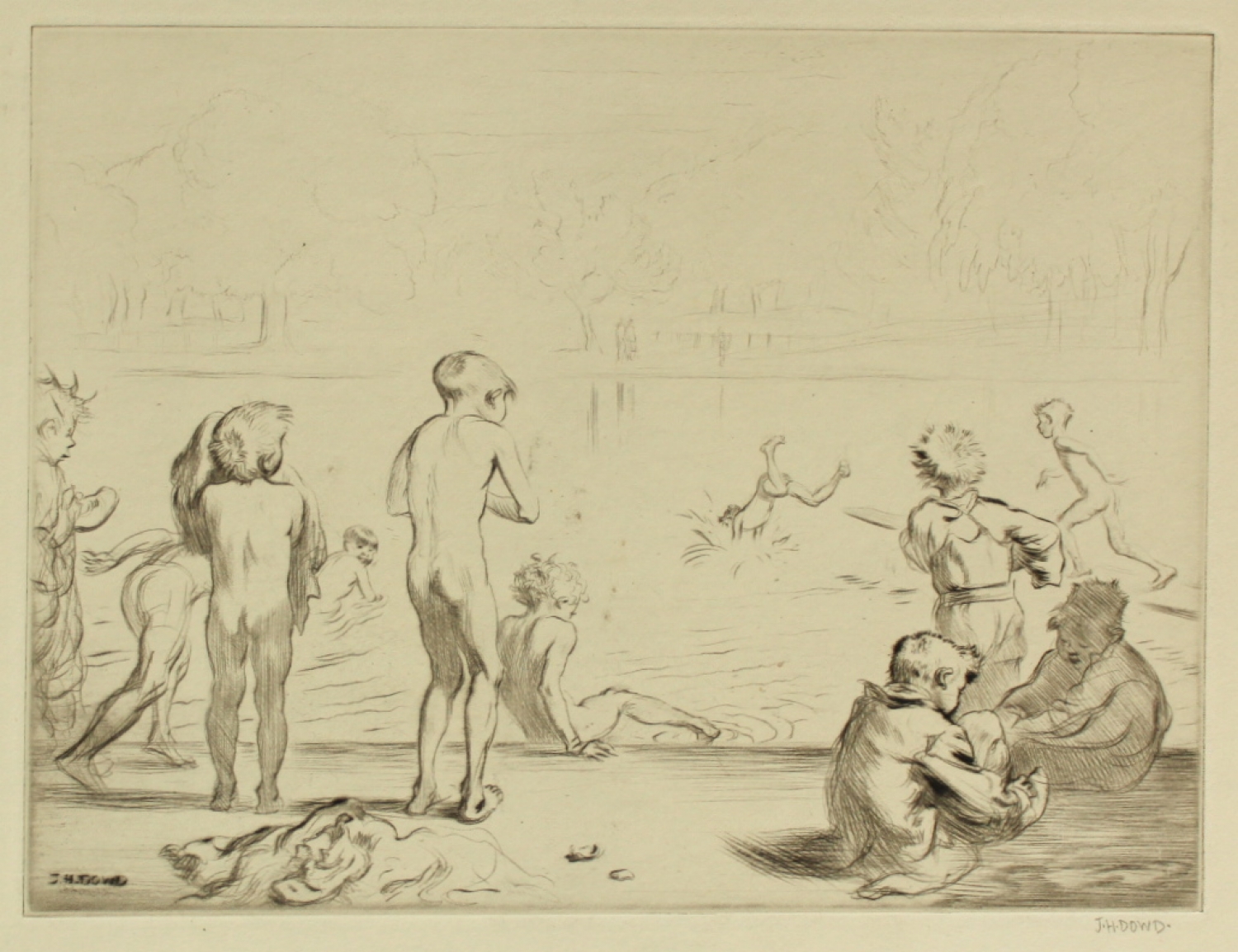 The Morning Dip or River Revellers

James Henry Dowd was born in 1884. He worked as a draughtsman, etcher and painter.  Dowd was a regular contributer to The Daily Graphic and in 1906 began to have his work published in Punch. He also designed posters for the London General Omnibus Co., and the London Underground, circa 1924-26. 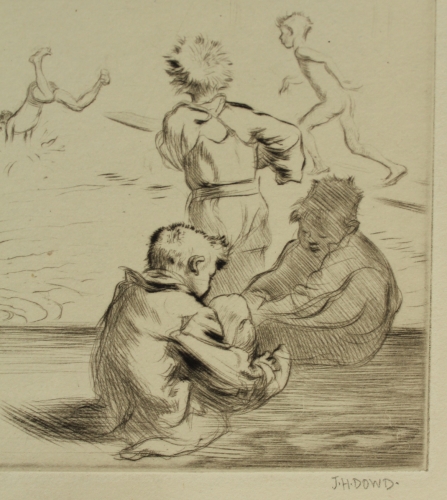 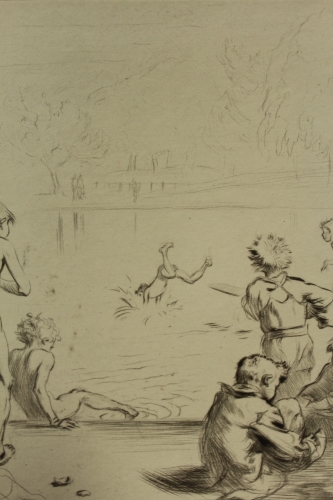