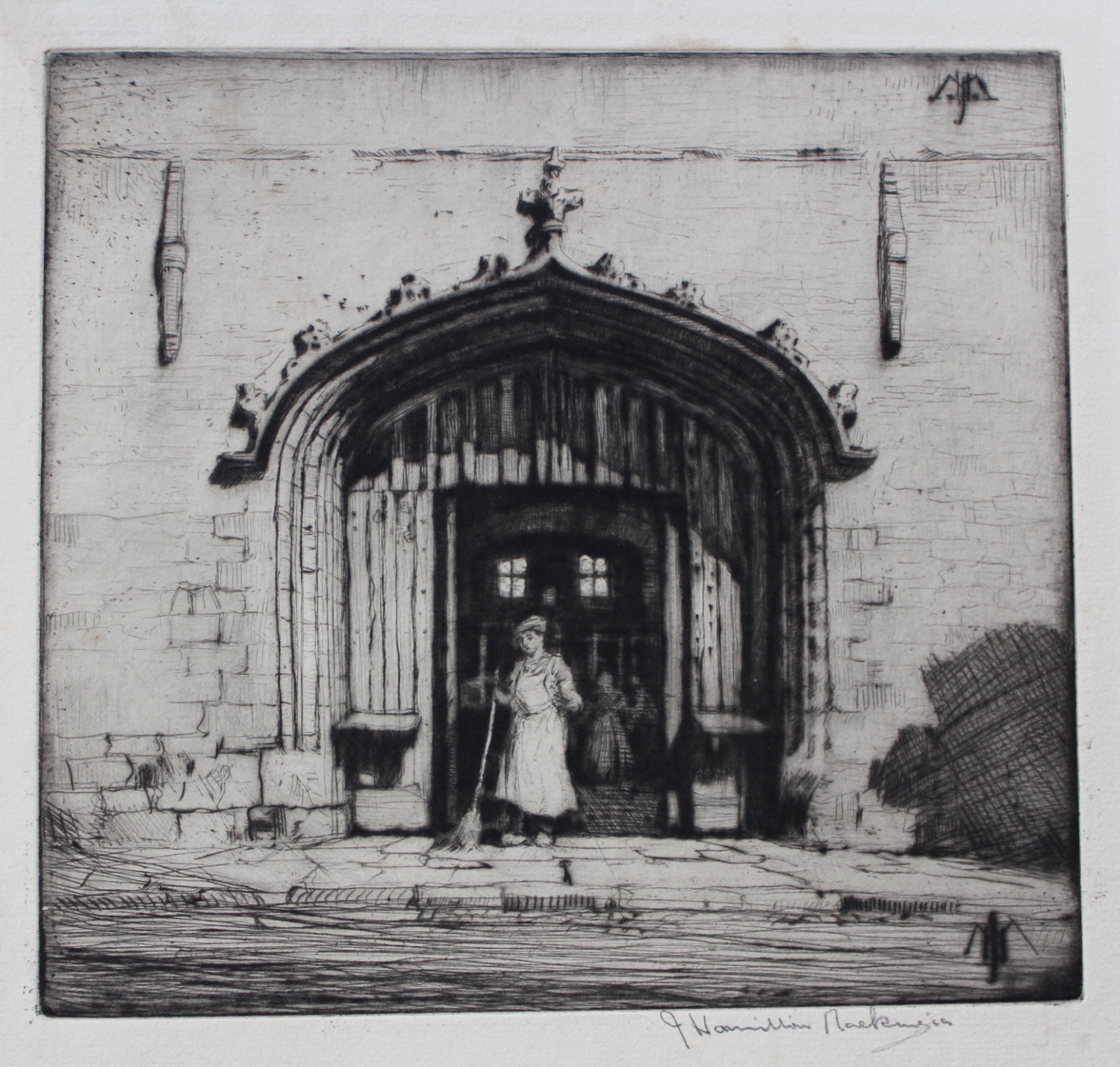 Etching with drypoint, signed in pencil, signed with a monogram in the plate twice, unframed

James Hamilton MacKenzie was born in Glasgow.  He studied art at the Glasgow School of Art under Fra' Newbury.  In 1898 he won the Haldane Travelling Scholarship and with this he travelled to Italy and studied at the Instituto de Belli Arti in Florence.  He returned to Glasgow in 1901 and was elected a member of the Glasgow Art Club that year.  He was a regular exhibitor at the R.S.A. but tragically died in a train accident in 1926