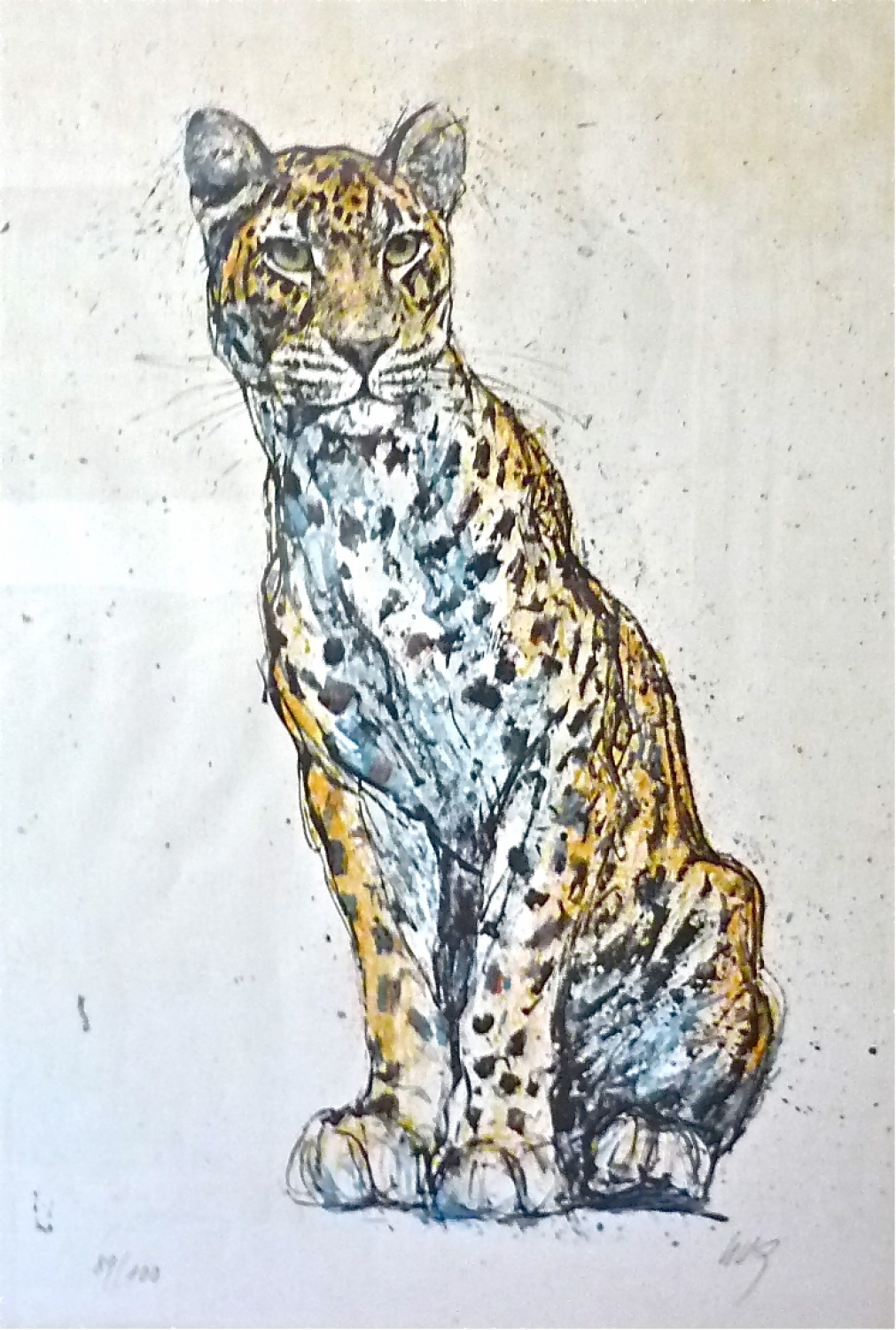 Coloured lithograph, signed and No. 89 of 100 in pencil