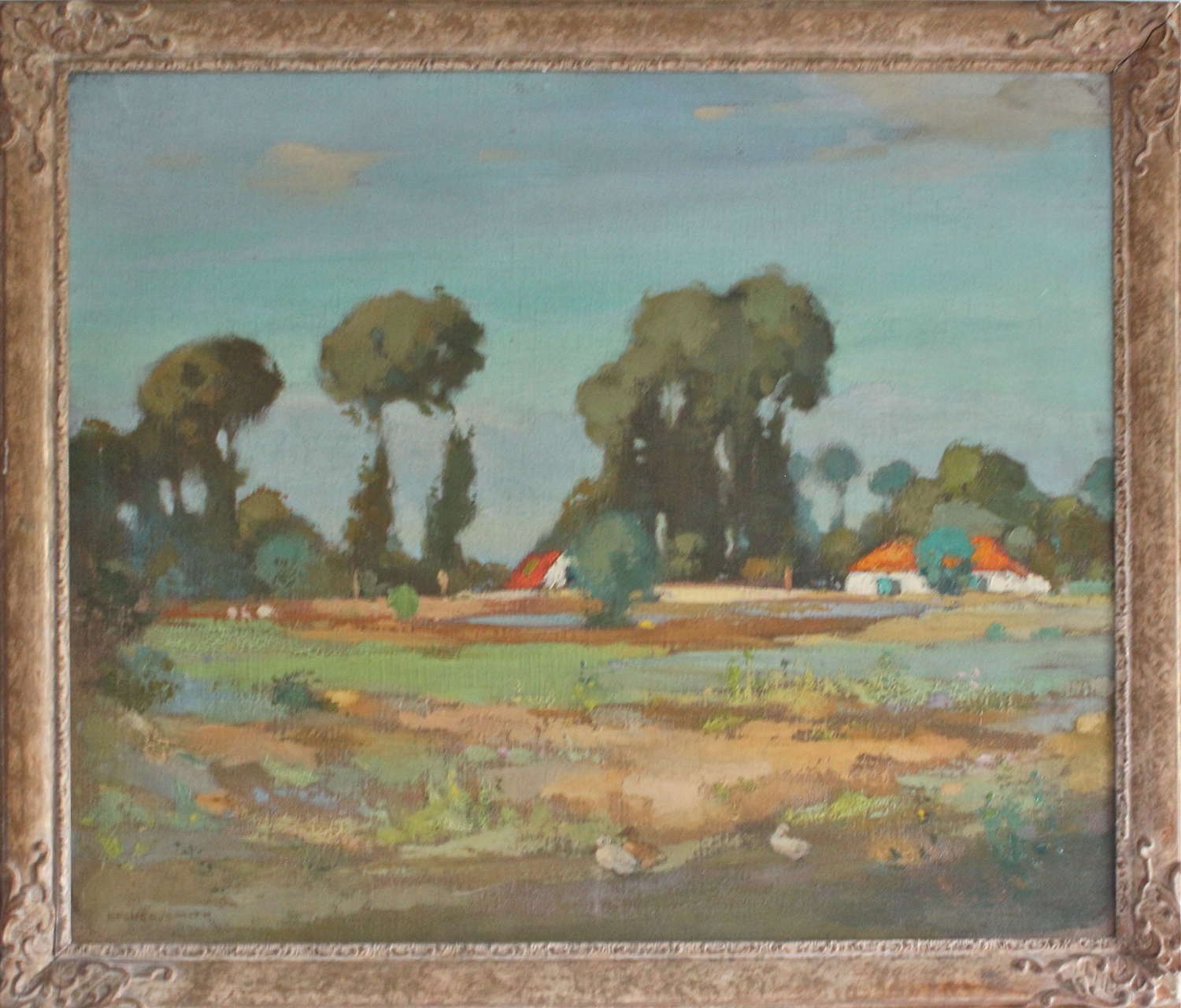 John Guthrie Spence Smith was born in Perth, Scotland in 1880.  He was the youngest son of local Draper - Joseph Smith and his wife Grace Farquharson.  A childhood illness caused him to lose his hearing and his speech.  Spence Smith's work was mainly executed in his local area of Perthshire, Angus, Fife and the Lothians.  He painted in watercolour but mainly in oils, often in bold outline and with a collage like application of rich paint - which is clearly represented in this example.  He undertook only two overseas travels.  On both occasions he went to northern France, in the company of his mother and this particular painting we are offering is an extremely rare and large example of one of these trips.  Trepied is very close to the fashionable 1920's resort of Le Touquet.   Spence Smith had settled in Edinburgh by 1909 and was a co-founder of the so-called Edinburgh Group which centred around Eric Robertson and his wife Ceclie Walton.   He was elected an Associate of the R.S.A. in 1930 and a full Academician in 1939 and on his death in 1951, Perth Museum and Art Gallery received his bequest 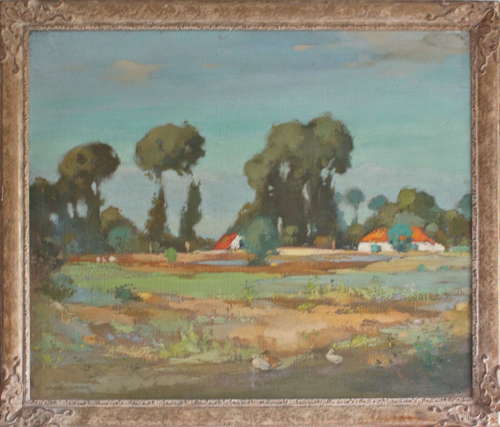 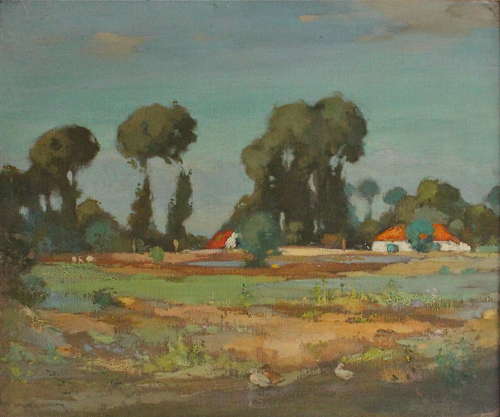