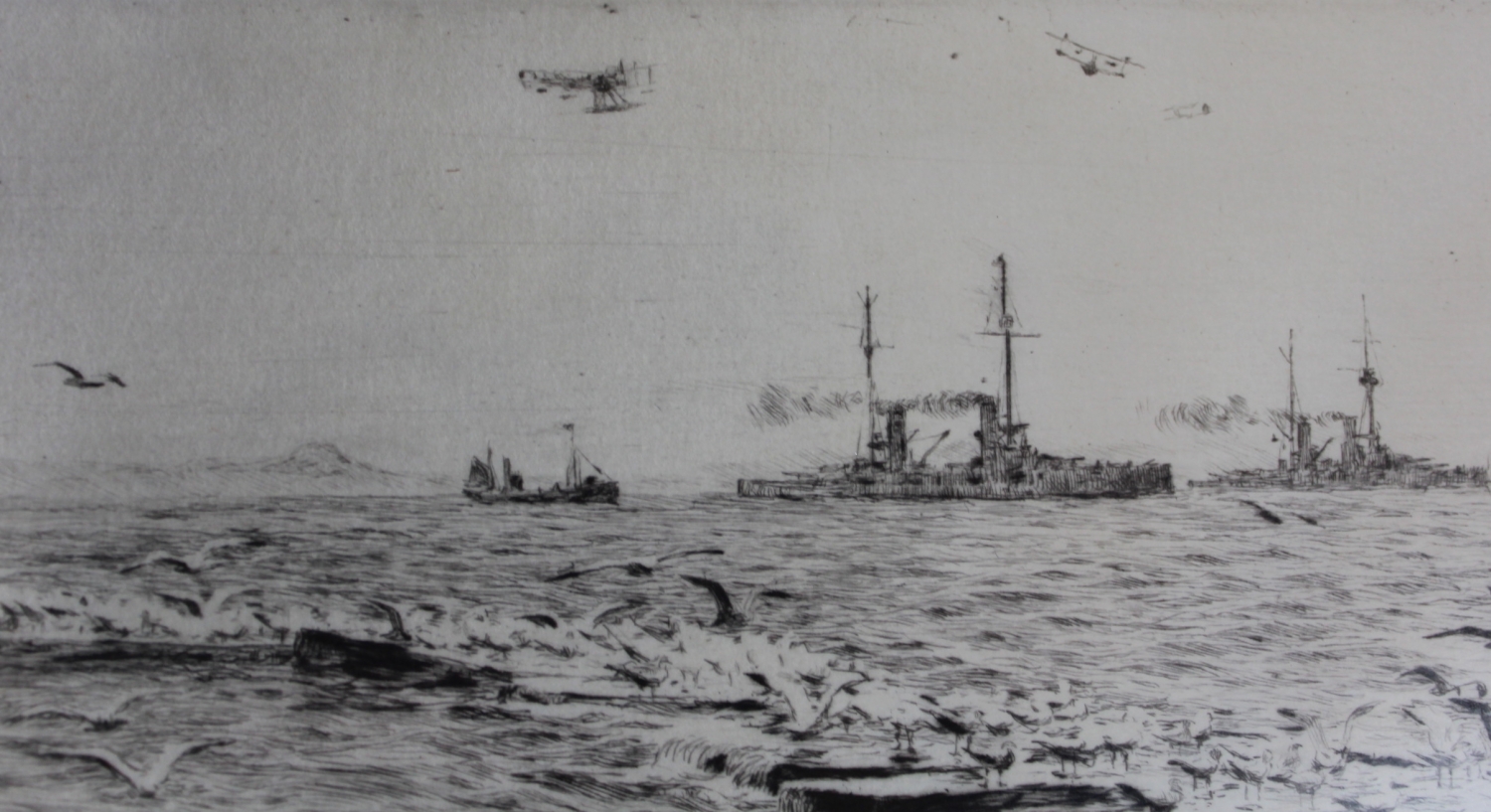 Naval vessels and coasters with a group of gulls on floating gunnery targets to the fore, two biplanes above 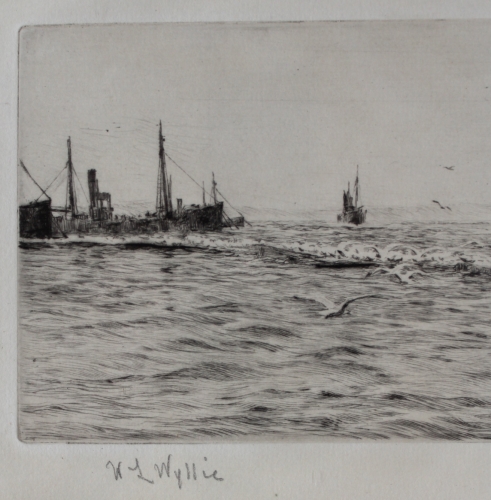