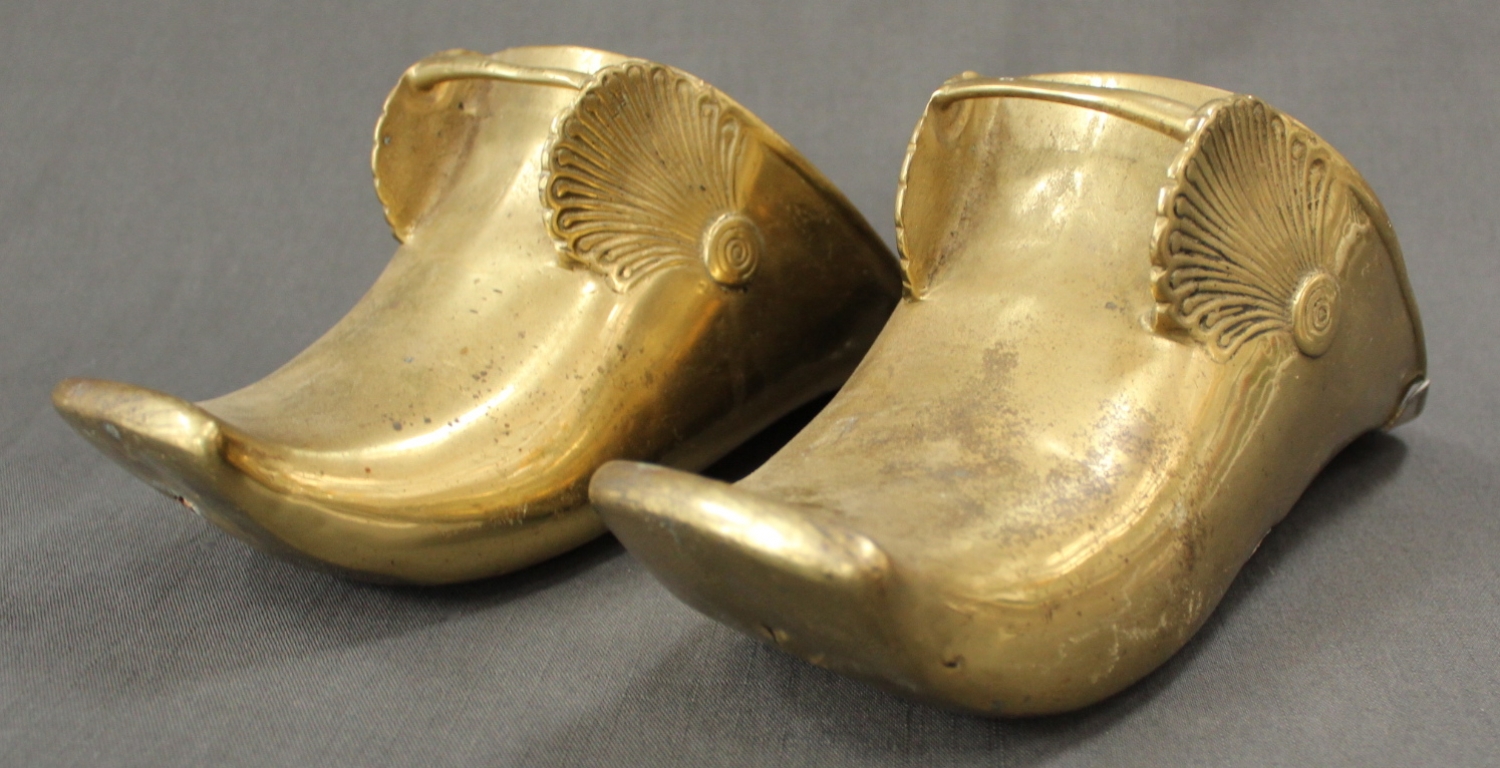 A pair of 'Conquistador' brass stirrups

These stirrups are known as 'Conquistador' stirrups, implying that they were taken to South America when it was first colonised by the Spanish in the 16th Century. This is probably not true as none are depicted in paintings of that time nor have any been found in any of the shipwrecks of the period off the Florida coast. In addition, they are generally not found in Spain itself which suggests that they were developed in South America after the colonisation. 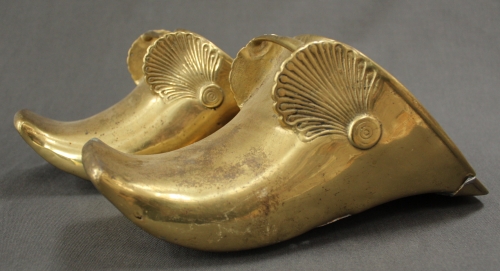 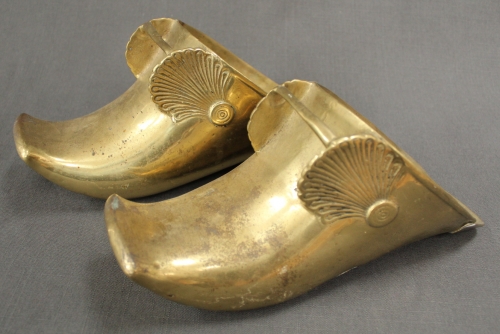 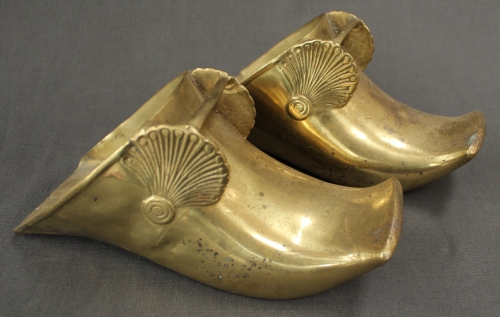 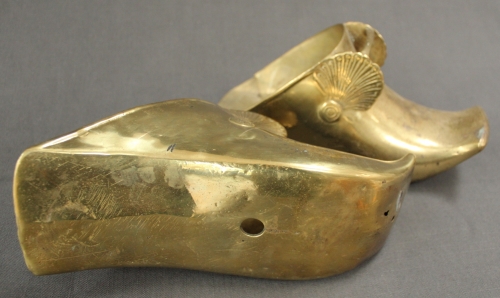